On a sunny, windswept Memorial Day in 2016, the quaint little village of Manzanita took a gut punch which for many residents still lingers as a painful and emblematic reminder that the lack of workforce housing has real consequences.
It was the day Marzano’s shuttered its indoor dining room. No longer would daylong visitors, weeklong renters, or the town’s lifelong homeowners be able to grab one of the eight tables and enjoy a steaming pizza mounted on a stainless-silver stand.
“We couldn’t staff it any longer. It took four people to run it, and we couldn’t find the workers,” explained Natalie Nelson, who along with her husband Kris have run the legendary pizza parlor for the past 20 years.
“We barely had enough at the time. One of them had to move and the weed store took another one.”
Sitting on black foldout chairs inside the empty restaurant on a rainy morning last month, the Nelsons elaborated on what the scarcity of housing has meant for their business and its young minimum-wage workers.

Marzano’s staff, which, during busy summer months, can catapult to 12 to 15 workers, each starting at a training salary of $12 an hour – Oregon’s minimum wage as of January 1, 2021, then the Nelsons typically boost wages to between $15 and $22, in addition to the pizza staff splitting up tips left in the tip jar.
“In the past, we’ve hired people living out of their cars,” recalled Kris. “We had one kid from somewhere in the Midwest who worked a deal at a motel so he could shower there, and then he’d sleep in his car.”
Brian Williams, who last fall, beset by the pandemic and constant labor shortages, decided to sell his beloved Big Wave restaurant, told this reporter several years ago that he’d resorted to placing ads on eBay to solicit cooks, dishwashers, and waitstaff. One arrived all the way from North Dakota.
Said Natalie Nelson: “Housing is the culprit, no doubt about it. So now we only hire high-school kids, but the trouble with that is that a lot of them can only work on weekends.”
Dan Haag, manager of the Manzanita Visitor’s Center, had few other options but to sling pizzas at Marzano’s when he moved here in 2001.
“It was a big deal, closing that dining room. It really brought the issue to the forefront. Now, it’s on everyone’s mind,” Haag said. “With the lack of workforce housing, we are going to see the squeezing, not only of restaurants, and motel and hotel cleaners, but it will squeeze every business.
“Minimum-wage workers,” Haag stressed, “are the lifeblood of this community.”
As one worker, manning the cash register last month at Salt & Paper on Laneda Avenue, groused, “You can work in Manzanita. You just can’t live there.”
. . . 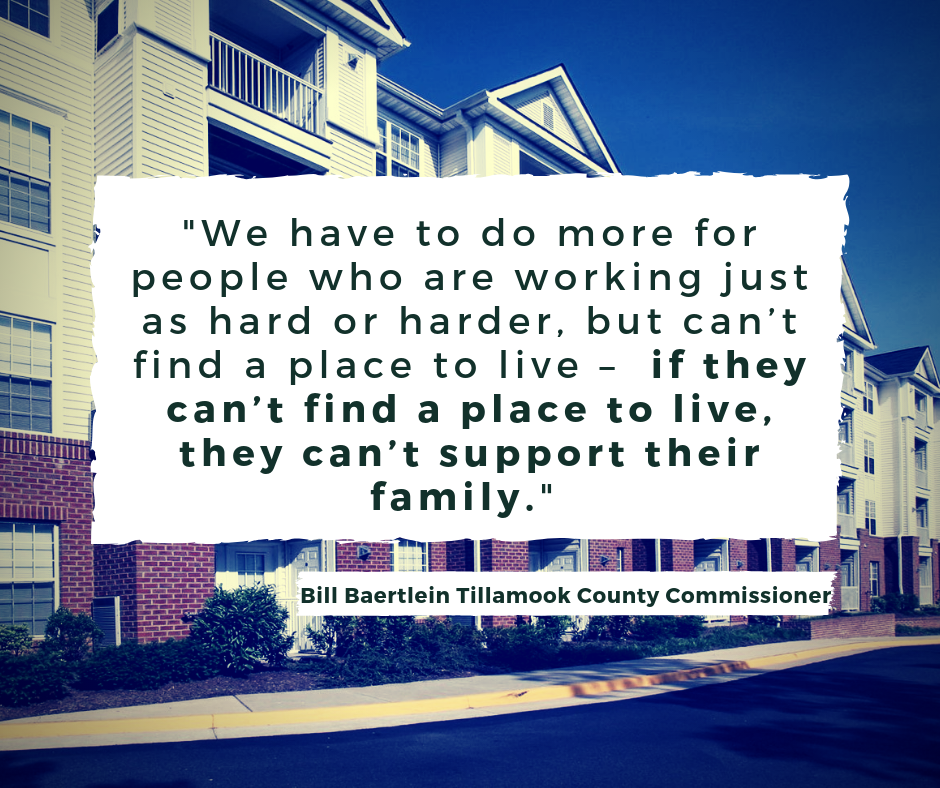