Welcome to Astronomy 101 on the Tillamook County Pioneer. I am Robert your guide to the celestial heavens. My goal and aim is to get local people more involved in Astronomy and Science. The Oregon Coast is a perfect place for not only coasting around the inner solar system and our planetary bodies, but to explore the entire Universe. We have on the Coast what you would call “Dark Skies”. The perfect conditions minus the rain and clouds for Astronomy.

I have been involved with Astronomy since I was a young boy. My grandparents owned a farm in Burtonsville Maryland. I spent many a summer nights out there on the farm looking up at the night sky away from the light polluted skies of DC and Baltimore. Out there the night skies were different. In most light polluted cities you can only see the brightest of magnitude stars and planets. Out on the farm it was nothing like that. You could see them all !

Western Astronomy dates back thousands of years. It is the first and original Science founded. The origins of Western astronomy can be found in Mesopotamia, the “land between the rivers” Tigris and Euphrates, where the ancient kingdoms of Sumer, Assyria, and Babylonia were located.

I hope this column will excite people to want to go out and get a Telescope and spend time with their family and children at the many wonderful spots for viewing. These days telescopes are more durable and inexpensive depending on your desire on what you want to see. Some range from just $150 to upwards of over $25,000 dollars and more. More on that later.

This column will start fresh at the beginning of each month with a video provided by our friends @ NASA/JPL and the ever so friendly Jane Houston Jones. I hope the people of Tillamook County and abroad will enjoy the resources I will provide to get your started.

Lets get started with What’s Up for February 2017.

Our Milky Way Galaxy is estimated to contain anywhere from 50 to 250 billion stars like our Sun. That is just our Galaxy. There are millions of Galaxies out there that contain the same number of stars if not more.

Some of the largest stars in the Universe are know as “Red Giants”. The largest start we have ever seen and observed is VY Canis Majoris. This star is so massive in size if we were to compare it to our own star the Sun. It would be like comparing a basketball to the ball point tip of pen. Thats pretty massive !

The smallest of stars known in the Universe are called Neutron Stars. Sounds pretty big right? Not really. Once a star burns all of its fuel(hydrogen) it will collapse in on itself. When this happens a star goes “Nova” or depending on its size may go “Super Nova” to “Hyper Nova”. The left over remains of matter are condensed so small that this neutron star is only 7 miles in size ! This star could fit right over Lincoln City Oregon which is 7 miles in length.

A great Astronomer once said “The strongest affection and utmost zeal should, I think, promote the studies concerned with the most beautiful objects. This is the discipline that deals with the universe’s divine revolutions, the stars’ motions, sizes, distances, risings and settings . . . for what is more beautiful than heaven?” 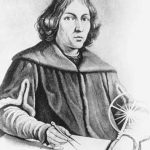