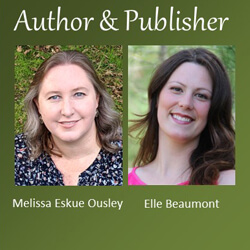 Join us on Friday, June 11 at 4pm on Zoom with the Hoffman Center for the Arts for a book release and publishing workshop with local award-winning author, Melissa Eskue Ousley. The $25 registration fee includes a copy of the author’s newest book, Constellations of Scars, a novel set in Seaside (alternatively, there is a $10 fee for just the event). Eskue Ousley will read from the book and discuss her publishing journey with Elle Beaumont of Midnight Tide Publishing, an author collective and independent press that seeks to give authors creative freedom while offering support and collaborative opportunities.

In this dark fantasy, not all magical gifts are a blessing. Some are a curse. When Amelia turned 12, she began growing pearls. As 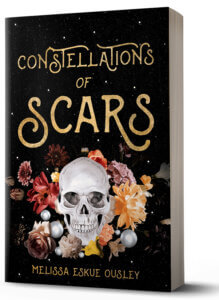 the pearls form, her body aches and her skin grows feverish. The harvest of pearls brings temporary relief from the pain, but leaves her back marred by scars. Hidden away for years by her protective mother, Amelia runs away from home, finding a new family in a troupe of performers at a museum of human oddities. She soon discovers the world is much more dangerous than her mother feared.

Constellations of Scars received a starred review from Kirkus Reviews, who called it, “An indelible story of loving yourself in a world of dreadful realities.” Readers’ Favorite Book Reviews gave it high praise: “5 Stars. Constellations of Scars is one of the best, most original books I’ve read all year…an immersive masterpiece of fiction that I won’t be able to stop talking about for a long time to come.” Constellations of Scars releases June 9 from Midnight Tide Publishing and will be available from booksellers everywhere.

Melissa Eskue Ousley is an award-winning author living on the Oregon coast with her family, a neurotic dog, two charming cats, and a piranha. Her suspense novel, Pitcher Plant, is also set in Seaside, and won a 2018 Independent Publisher Book Award. Her young adult novel, Sunset Empire, a love letter to Astoria, debuted in a bestselling boxed set. Her short stories have been included in Rain Magazine, The North Coast Squid, and various anthologies. When she’s not writing, she can be found volunteering for her local wildlife center, caring for injured owls and hawks.

Elle Beaumont is the founder of Midnight Tide Publishing. Beaumont is a writer who loves creating vivid fantasy and science fiction worlds. She lives in southeastern Massachusetts with her husband and two children. When not writing or chasing around her children she can be seen crocheting, candle-making, and taking care of her animals. Elle Beaumont is the author of The Dragon’s Bride and The Castle of Thorns. Her short stories have been featured in several anthologies.

You will receive a meeting invitation to participate in Zoom meetings, as well as links to any other virtual platforms for this course.