Portland, Ore. – The 142nd Wing out of Portland Air National Guard Base, Portland, Ore. will conduct Independence Day flyovers for ceremonies and parades at locations throughout Oregon and Southwest Washington.

142nd Wing Commander, Colonel Todd Hofford, says the Wing is grateful to be able to support patriotic holidays such as this. “There’s no greater honor for us to salute this great nation on its day of independence than to be present, visible, and heard with the air superiority of the F-15 Eagle. The 142nd Wing and your hometown Air Force is proud to serve and protect all of our communities in the Pacific Northwest.”

F-15 Eagle fighter jets are scheduled to conduct flyovers at the following community locations at, or around, the designated times on Monday, July 4.

All passes will be approximately 1,000 feet above ground level and about 400 mph airspeed. Flights could be cancelled or times changed due to inclement weather or operational contingencies. 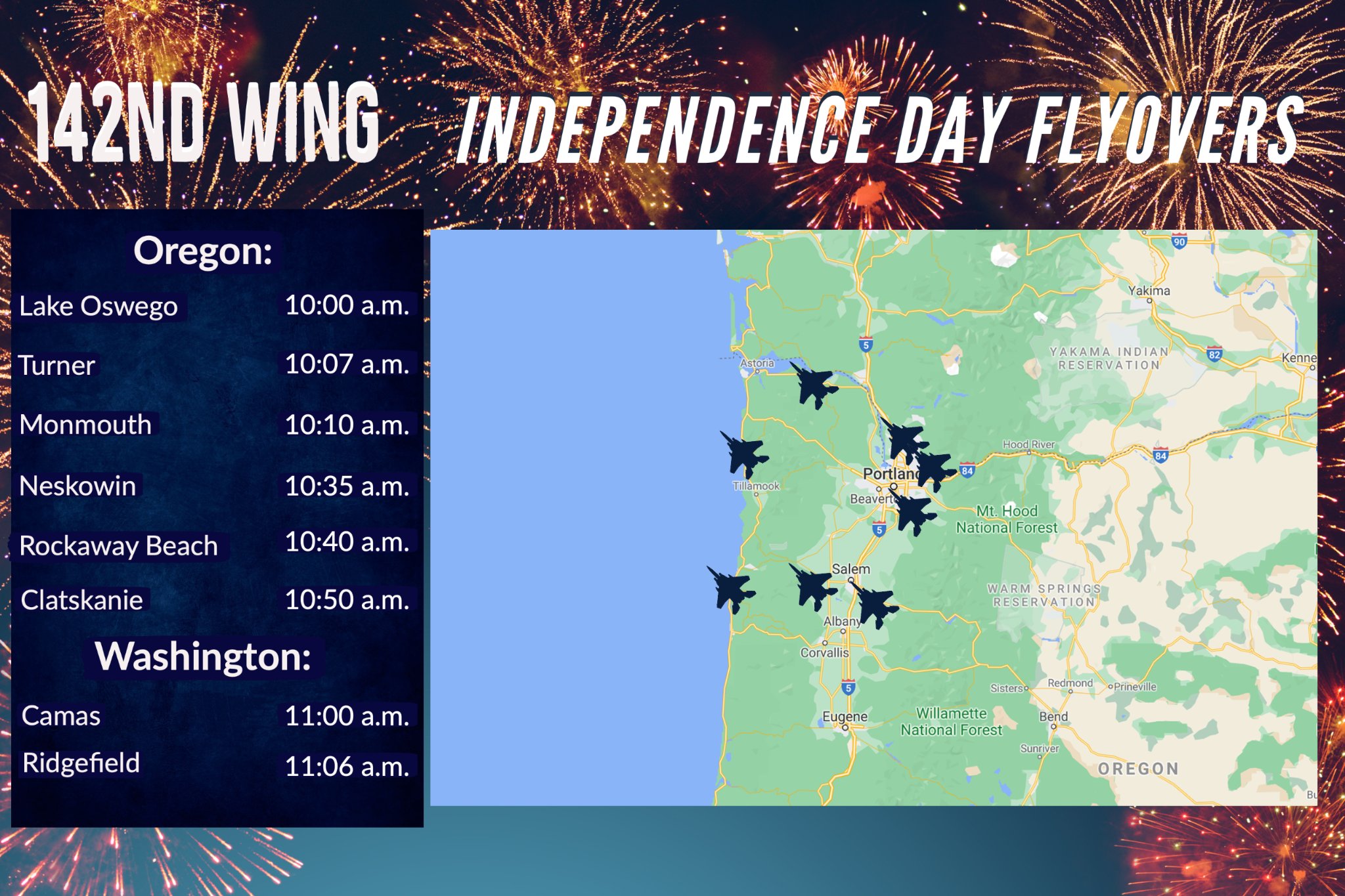 These flights also double as valuable planning and flight training for Oregon Air National Guard pilots who serve Oregon and the Pacific Northwest.

About the 142nd Wing

The Portland Air National Guard Base employs 1,400 Airmen who provide an economic impact of nearly $130 million to the region. The 142nd Wing defends our homeland with F-15 Eagle fighter jets, guarding the Pacific Northwest skies from northern California to the Canadian border as part of Air Combat Command and the North American Aerospace Defense Command (NORAD). Their mission is to provide unequaled, mission-ready units to sustain combat aerospace superiority and peacetime tasking any time, any place in service to our nation, state and community.