The final day of the Tillamook County Fair brought enough rain to cancel the afternoon horse racing due to a “sloppy” track which makes it hazardous for horses and jockeys. After the showers, the weather stayed dry for the rest of the afternoon while everyone anticipated the final of the Pig & Ford Races.
According to the Pig N’ Ford Facebook page, this was one of the worst track conditions drivers had experienced but these drivers made the best of it and did what they could to entertain the crowd all while keeping themselves and the pigs safe. Congratulations to #17 Jake Martin, who not only won his first championship but the first ever championship in the franchise history of car #17! 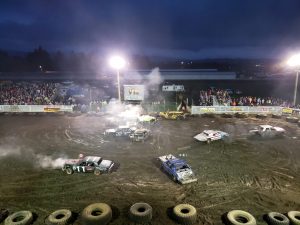 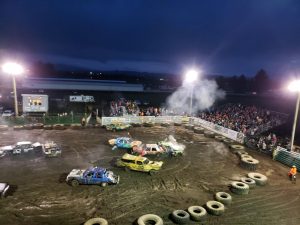 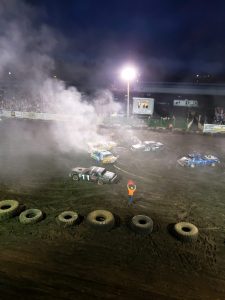 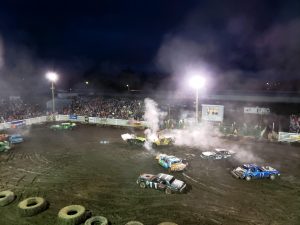 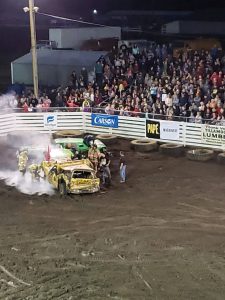 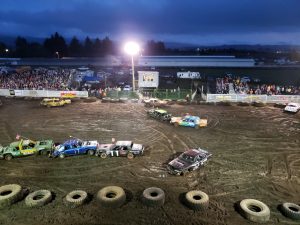 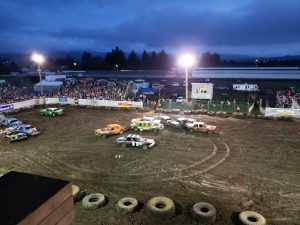 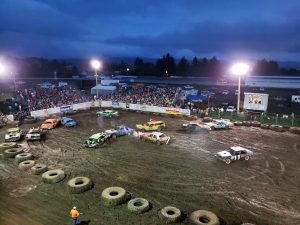 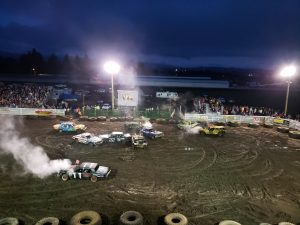 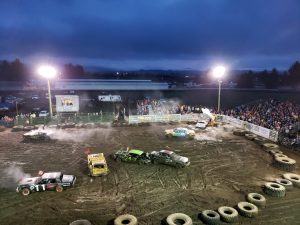 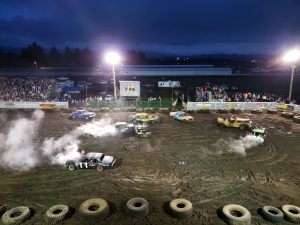