“There are 114 teams here this year,” race director Pat Zweifel said. Around him, runners and spectators from a wide area milled about. Zweifel was discussing the 2022 Ultimook Race at the Hydrangea Ranch, along the Kilchis River near Tillamook, Oregon. “There were 500 people camping here last night,” he added.
One of the premiere school aged cross country events in the entire country, and possibly the world, the Ultimook Race has become an annual event for Pat Zweifel and the Hydrangea Ranch. The event has grown until it involves more than 2,500 athletes competing, and at least another 2,000 or more spectators. 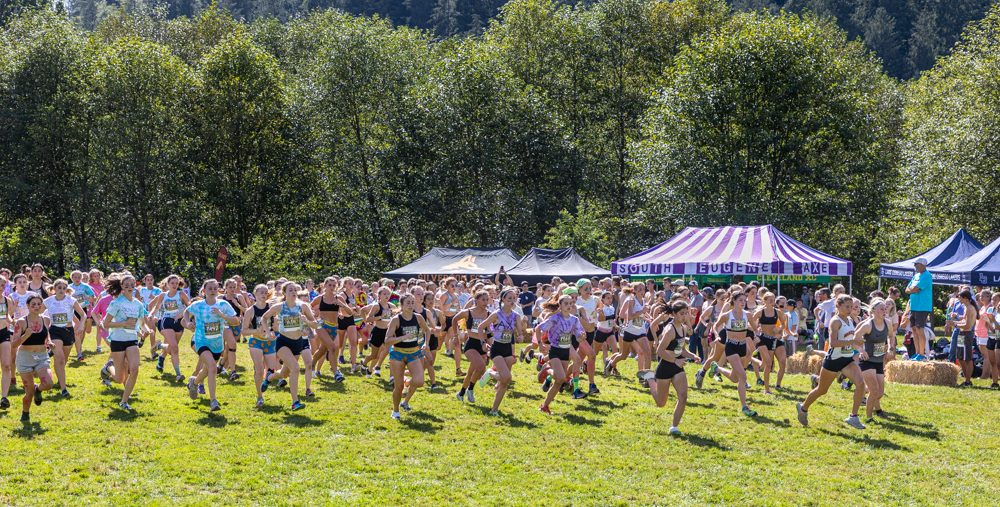 “This year we have teams from as far away as Los Angeles, Boise, and Seattle,” Zweifel pointed out. “This is the largest it has ever been.”

The Ultimook Race features twelve different classifications. Middle school aged runners and novice runners can run the 3K course, high school students run the 5K course. There are even two open classification races for older runners not affiliated with a middle or high school, such as unaffiliated college runners or adults from the community. Popular portions of the event are river crossings, long bark-chipped stretches alongside the many flowers, and the enormous mud pit.

Zweifel hustled off to get ready for the start of the varsity girls race. A large crowd of runners lined up at the far end of the field while spectators lined the sides of the start area. At the bell, a wave of athletes surged down the course. Once they passed, there was another surge, and the spectators hustled over to find a spot to watch the mud pit. 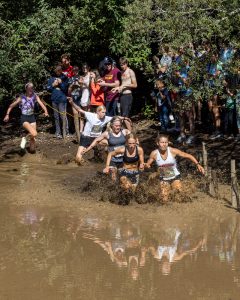 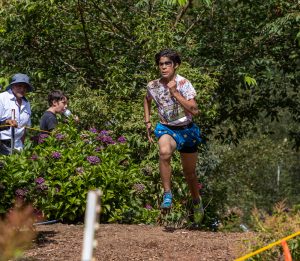 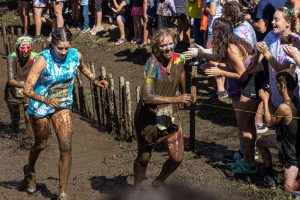 Featuring almost thigh deep mud and water, the mud pit is always a favorite of athletes and spectators alike. Runners emerge from the water, many proudly wearing a layer of mud. There is one additional rule here — athletes must leave from the mud wearing shoes or they won’t be allowed to finish the course. An overheard comment by one high school runner to a friend, “I swear he lost his shoe in there and found a shoe for the wrong foot and put it on anyway and just kept going.”

“The race benefits young runners in the Pacific Northwest and beyond,” Race Director Zweifel explained. In addition to the flagship event, the Ultimook Race, the website, https://ultimookrunningcamp.oregoncoastalflowers.com, adds the following events: the Ultimook Running Camp, the Three Capes Marathon Relay, and the Ultramook 50k & 30k Trail Race.

Judging from the obvious excitement of athletes and spectators alike, and the number of laughs and smiles, this year’s Ultimook Race was another resounding success.