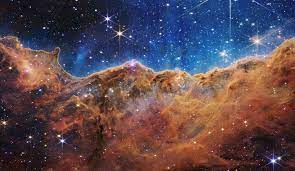 Space. We’re all in it.  But what exactly is going on up there (around there? Down there?) Quite a bit actually! Humans have filled near space with countless satellites, rockets, and debris from other activities. Let’s take a look at the state of our space.

The Hubble Telescope is well known for giving us stunning pictures of distant galaxies. The Hubble launched in 1990 and is in orbit around Earth 340 miles up where it completes 15 daily orbits. With ultraviolet, visible, and near-infrared light sensing capabilities, the Hubble has documented our solar system providing images of planetary auroras, blackholes, and water vapor in unexpected places. The Hubble has a single mirror at almost 8 feet wide and is responsible for many of the most well known space images you’ve seen such as the pillar of life.

Read more about the amazing journey of the Hubble here. 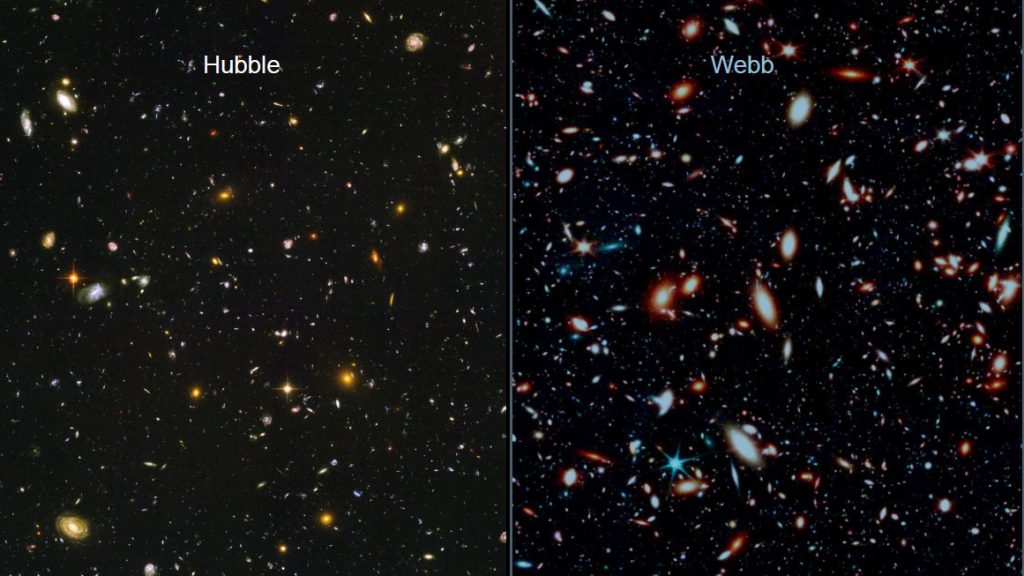 The James Webb Telescope is a more modern and complex tool. Launched in 2020 the JWST has a segmented honeycombed mirror almost 22 feet wide and requires a cooling mechanism to shade from both sources of light and to keep the sensors from overheating. To read more about the complexity of this tool check out this in-depth discussion of both at Planetary.org. The temperature swings from the shaded to the exposed side are a shocking 550+ degrees Fahrenheit! The detail of the new images is certainly high enough to capture a new generation of space lovers for decades to come. You can find more about the new James Webb Space Telescope images here.

It’s one thing to look at the stars and another entirely to reach for them. But that is exactly what people are doing. Ever since the moon landing in 1969, there have been plans to not only go back but to build lunar bases, to step foot on Mars, to build cloud-cities on Venus, or to colonize a Jupiterian moon. How much of these ideas are science fiction and will we see a human on another planet in our lifetime?

Space travel is not surprisingly rough on the human body. Just leaving the atmosphere is expensive, complex, and dangerous. I won’t go into the details of the failed missions, but even successful missions take their toll on astronauts’ bone density, cellular regeneration, and normal bodily functions.

Several companies have been inching towards making space flight more accessible but we’re still a long way from colonies on our closest planetary body, the moon. Although there are protected places on the moon that may provide shelter from the extreme environments, gravity (or lack thereof), radiation, and resource acquisition are all problematic in space. Scientists are working on potential solutions for all of them including a rotating base that could provide additional gravity needed for long-term moon residencies.

Life on Mars is even more unlikely given its distance from home. The flight to the red planet alone would expose astronauts to excess cosmic radiation and the distance would make any major mishap into a likely fatal error. Yet NASA and other space agencies have Mars in their sights. According to NASA this is because Mars is not only relatively close to Earth but is also the most similar in gravity, geology, and orbit making it more accessible than other options such as Venus (too hot and tumultuous to make long-term missions realistic at this time) or a moon of Jupiter. This doesn’t mean that humans aren’t still ambitiously reaching. Many have predicted that humans will step foot on Mars by 2040 and a moon of Jupiter by the end of the century.

We’ll be writing more about space in the months to come as we cover Fast Radio Bursts, potential signs of life in Venusian clouds, and why SpaceX is launching daily rockets. Check back for more and let us know in the comments what fascinates you about space!