JACKSON & JOSEPHINE COUNTIES, Ore. (August 2, 2021) – An estimated 50 fires have been reported following thunderstorms that passed though the Oregon Department of Forestry (ODF) Southwest Oregon District on Sunday afternoon. Firefighters, dispatchers and detection specialists worked through the night to locate and extinguish fires. Approximately 50 fires were reported from Sunday afternoon into Monday morning; of those, 35 fires were confirmed as active. Of those 35, 20 have been put out, and 15 are in various stages of response; the majority are 100% lined and are currently in mop-up operations.

Private contract resources have been brought on to bolster firefighters, tree fallers and water tenders on active fires. This will also free up our district resources to respond to new fire starts as they are discovered throughout the day.


On the Medford unit, the two largest fires are both estimated to be 3.5 acres each. The North Fork Anderson Creek Fire, located on Anderson Butte outside of Talent is 100% lined and 5% contained. The Buck Rock Fire, located 5 miles north of Trail, is 30% lined and 5% contained. On the Grants Pass unit, the largest fire our resources responded to is the Bear Camp Road Fire; it’s estimated to be 4-5 acres. This fire is burning on U.S. Forest Service Rogue River-Siskiyou National Forest land, however, ODF responded as mutual aid due to close proximity to our protected area. The second largest incident in Josephine County is the Placer Road Fire located southwest of King Mountain at 1.5 acres. It is 100% lined and mopped up at this time. In the same area, the Oxyoke Fire near Hugo was extinguished as well; it was caught by ODF and Rural Metro Fire resources overnight at just over half an acre. This is the only fire that was burning near homes.

At this time, there are currently no homes threatened, despite the large amount of fires burning on the landscape. A reconnaissance flight was sent out at 8:30 a.m. to fly over current incidents and look for new reports of smoke; new fires will likely emerge throughout the day as temperatures heat up. Residents in areas where lightning struck should report any smoke by calling 9-1-1. 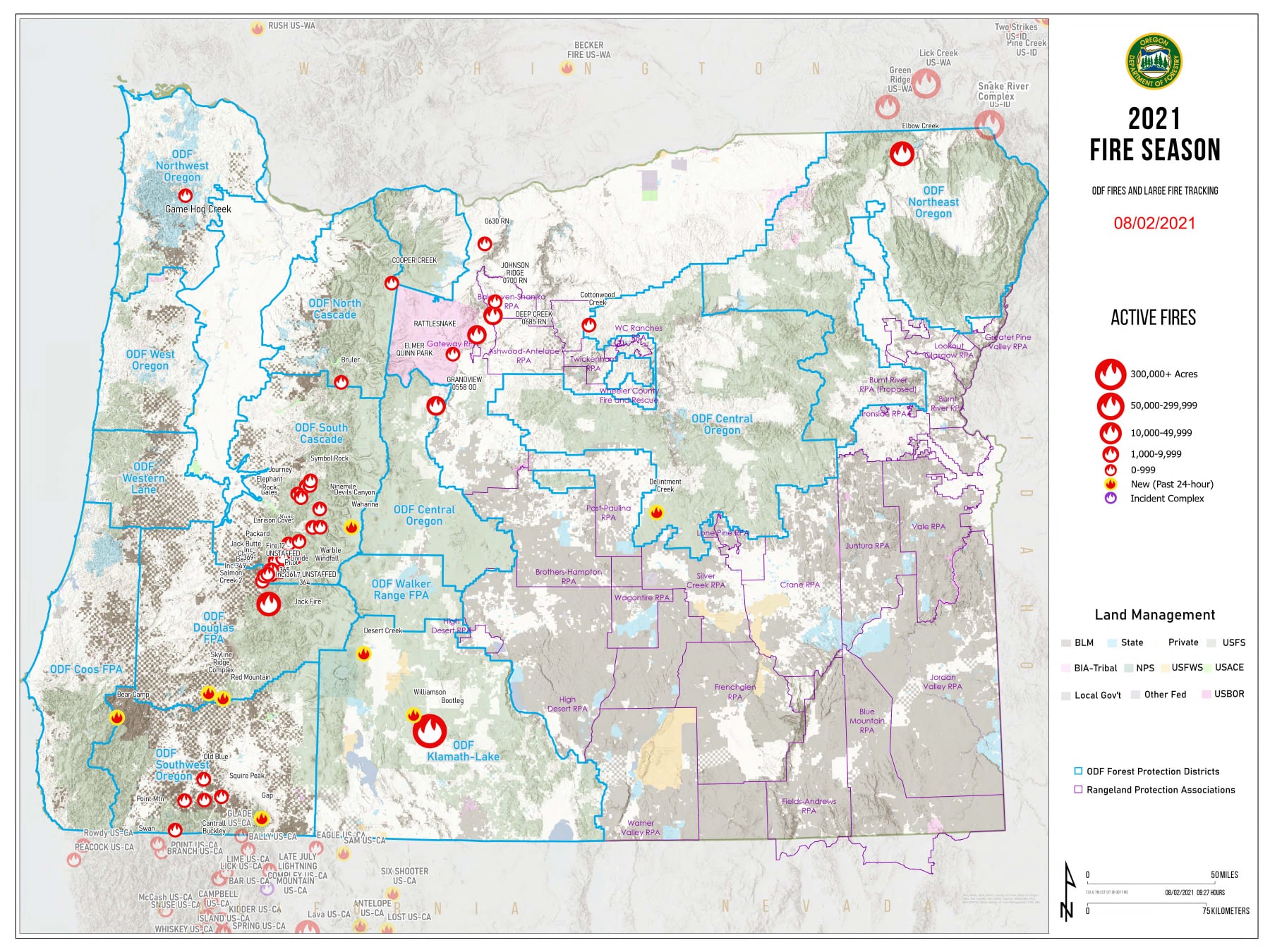