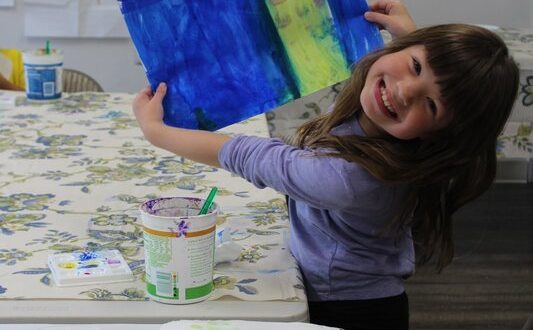 From Christine Harrison, Art Accelerated
This is an article from Edutopia.com that I have been sharing my Graduate Education students.I felt it might be helpful to share it as school begins next week.

The Research Is In: The Science of Drawing and Memory – Want students to remember something? Ask them to draw it.
By Youki Terada (March 14, 2019)
It’s long been known that drawing something helps a person remember it. A new study shows that drawing is superior to activities such as reading or writing because it forces the person to process information in multiple ways: visually, kinesthetically, and semantically. Across a series of experiments, researchers found drawing information to be a powerful way to boost memory, increasing recall by nearly double.
Myra Fernandes, Jeffrey Wammes, and Melissa Meade are experts in the science of memory—how people encode, retain, and recall information. At the University of Waterloo, they conducted experiments to better understand how activities such as writing, looking at pictures, listening to lectures, drawing, and visualizing images affect a student’s ability to remember information.
In an early experiment, they asked undergraduate students to study lists of common terms—words like truck and pear—and then either write down or illustrate those words. Shortly afterward, participants recalled 20 percent of words they had written down, but more than twice as many—45 percent—of the terms they had drawn. This experiment helped to establish the benefits of drawing.


In a follow-up experiment, the researchers compared two methods of note-taking—writing words by hand versus drawing concepts—and found drawing to be “an effective and reliable encoding strategy, far superior to writing.” The researchers found that when the undergraduates visually represented science concepts like isotope and spore, their recall was nearly twice as good as when they wrote down definitions supplied by the lecturer.
Importantly, the benefits of drawing were not dependent on the students’ level of artistic talent, suggesting that this strategy may work for all students, not just ones who are able to draw well.
Across a total of eight experiments, the researchers confirmed drawing to be a “reliable, replicable means of boosting performance”—it provided a significant boost to students’ ability to remember what they were learning. 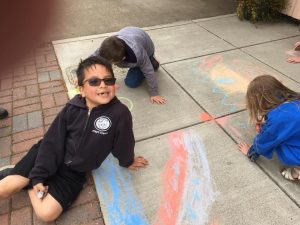 Why is drawing such a powerful memory tool? The researchers explain that it “requires elaboration on the meaning of the term and translating the definition to a new form (a picture).” Unlike listening to a lecture or viewing an image—activities in which students passively absorb information—drawing is active. It forces students to grapple with what they’re learning and reconstruct it in a way that makes sense to them. 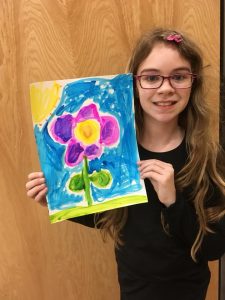 The researchers also suggest that drawing results in better recall because of how the information is encoded in memory. When a student draws a concept, they “must elaborate on its meaning and semantic features, engage in the actual hand movements needed for drawing (motor action), and visually inspect [the] created picture (pictorial processing).” 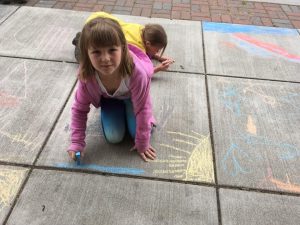 At a neural level, the strength of a memory depends largely on how many connections are made to other memories. An isolated piece of information—such as a trivial fact—is soon forgotten in the brain’s constant effort to prune away unused knowledge. The opposite, however, is also true: The more synaptic connections a memory has, the more it resists eventually being forgotten.
So when we draw, we encode the memory in a very rich way, layering together the visual memory of the image, the kinesthetic memory of our hand drawing the image, and the semantic memory that is invoked when we engage in meaning-making. In combination, this greatly increases the likelihood that the concept being drawn will later be recalled.
This Is Not About Learning Styles
It would be a mistake to think that drawing is beneficial because it taps into a particular learning style. Research has debunked the idea that students learn best when teachers try to match instruction to a single modality.
Instead, what’s happening is that drawing taps into multiple modalities—visual, kinesthetic, and semantic—which is superior to tapping into only one. When students draw something, they process it in three different ways, in effect learning it three times over.
In the ClassroomThere are several ways that teachers can incorporate drawing to enrich learning.
Student-created learning aids: Instead of buying or printing posters that reinforce learning—maps, anchor charts, or diagrams—have students create them.
Interactive notebooks: Don’t let students take notes verbatim–push them to be creative. One side of their notebooks can be used for written notes, the other for drawings, diagrams, and charts.
Data visualization: Asking students to collect, analyze, and present data in visual form can deepen their understanding of a topic. Examples include visualizing concepts in math, analyzing classical literature, and exploring fractals.
Bookmaking: Blending academics and art, students at Symonds Elementary create their own books to visually represent topics in subjects ranging from science to English language arts. Students can also create comics books to tell stories or describe events.
Assessing learning through art: Jill Fletcher, a middle school teacher in Hawaii, uses “one-pagers” to challenge students to show their understanding about a topic through art, making it less about finding the “single correct answer” and more about crafting a response they can stand behind. And students at Normal Park Museum Magnet School create travel journals as a visible record of their learning.
The takeaway: Encourage students to draw. Doing so is a powerful tool to boost student learning because it improves recall by challenging students to explore an idea in different ways.

(Edutopia is a website published by the George Lucas Educational Foundation. Founded in 1991 by filmmaker George Lucas and venture capitalist Steve Arnold, the Foundation “celebrates and encourages innovation” in K-12 schools. )
https://www.edutopia.org/article/science-drawing-and-memory