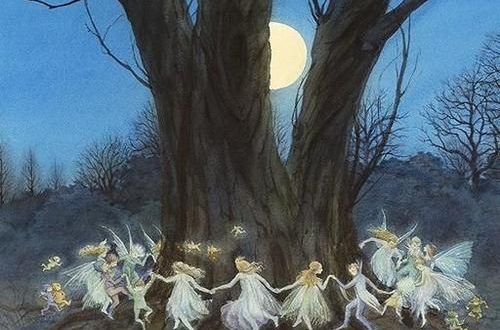 By Madame Dana Zia
Today, November 24th, Mars moves off of 15 degrees Aries where it has been since November 2. As many of you have known, Mars was in its bi-yearly retrograde from September 9th to November 13th in the sign of Aries. This normally fast moving planet has been moving VERY SLOWLY. 15 degrees Aries has been an important degree in this cycle because that is where the shadow aspect of the retrograde cycle began and where Mars went direct on the 13th. Consequently this is the “birthing” degree for Mars, where there is a “new emerging quest for meaning and accomplishment in life” as astrologer Daniel Giamario said. Then to punctuate it all, Mars sat at 15 degrees after going direct, creeping ever so slowly forward as if making a point.

The Sabian symbol for 15 degrees Aries is “Brownies dancing in the setting Sun”. A Brownie is a mythical household spirit that is said to come out at night while the householders are asleep and do helpful chores. They are serious, hard workers and perhaps they dance when a job has been well done or a meaningful quest has been accomplished. This Sabian symbol suggests that we need to take time to celebrate our accomplishments and lighten our steps. We have become heavy on the Earth.
When the closer planets have a cycle like this, it can be counted as an abbreviated outer planet transit. Mars is the planet of energy, action, desire and drive. Aries is the sign of energy, youth, vitality, the rugged individualist and the sacred warrior that defends cosmic order. With Mars lingering in Aries (one of its favorite signs to inhabit!) for months, then being reborn again there during these tumultuous times, it feels like it is demanding that we shift the warrior/competitive and :us vs. them” energy to acceptance and inclusion. I challenge you to choose a sacred warrior act today to make the world a lighter place. Then dance with joy of a job well done in the sunset tonight. After all, it is the week to give thanks!