Story & Photos by Don Backman
“Run around the cones!”

“Now pull the victim to safety!”

Smiling kids ran through a junior firefighter training course — pulling out a fire hose, weaving through a line of traffic cones, packing a toy power tool the length of the course, then dragging a giant stuffed gorilla to safety. Other kids climbed into firetrucks with the assistance of fire department members. One little girl in a pink coat smiled happily as she sat in the drivers seat and tried to honk the horn. Inside the fire station, families and other visitors enjoyed a barbecue of hot dogs and hamburgers. And, of course, ice cream. 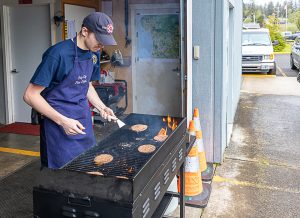 While volunteers cooked burgers and hot dogs, others served them to a seemingly never ending line of hungry people. Across the large fire engine bay a CPR mannequin was laid out for a demonstration. In another corner, the Bay City Emergency Volunteers passed out emergency starter kits. The Bay City Boosters were present as well, conducting a drawing and answering questions about their organization. 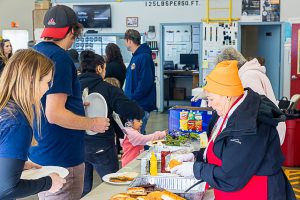 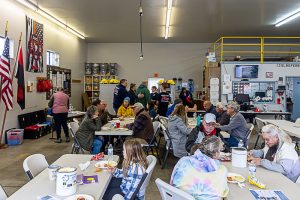 According to Bay City Manager Liane Welch, “The community open house and BBQ at the Fire Department was for the community to get to know the fire department, the volunteers, and make them aware of volunteer opportunities. The volunteer firefighters were able to demonstrate a new CPR life saving device called the Lucas.” 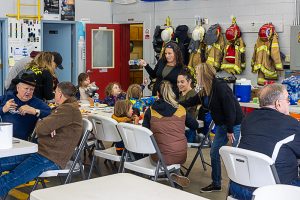 The Bay City Emergency Volunteers (BCEV) are also looking for volunteers in a variety of positions that range from assisting block captains, communications, social media, and serving on the overall committee. The goals of the organization include educating Bay City residents in the need to be prepared for disasters ranging from the rain and windstorms residents are all familiar with, and up to and including a full rupture of the Cascadia Subduction Zone just offshore, which can result in a 9.0 or larger mega-earthquake and resultant tsunami. In the worst case scenario, emergency services will be over whelmed and neighborhoods will need to be prepared to take care of each other. Those who are interested can contact Bay City at 503-377-2288, or stop in at the next scheduled meeting at 5:30 to 6:30 in the city hall on the third Monday of the month. 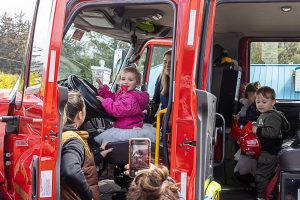 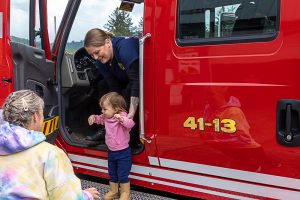 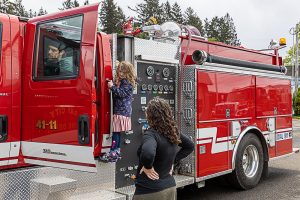 “This was a great success with more guests than we had hoped. It was wonderful to see the little children enjoying their time in the fire trucks,” Welch said. “It was a chance for neighbors to see and talk with each other and share this community experience. It also served as an opportunity for residents to pick up their starter emergency supply kits and sign up for the Bay City Emergency Volunteer program.” 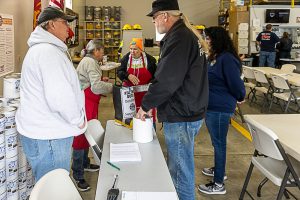 Bay City Mayor David McCall was on hand to help hand out the emergency preparedness kits. “It was really encouraging to see so many members of our community – from both within and outside the city limits – turn out for this event,” he said. “The staff and volunteers who put this together did an outstanding job. The whole day was filled with laughter coming from kids “driving” the fire engine, smoke from the grill, and the healthy chatter of neighbors reconnecting after a L O N G pause in gatherings.”

The weather cooperated and judging from the volume of conversation and the number of smiles, everyone enjoyed getting out and seeing their neighbors and getting to know more about Bay City’s emergency services. McCall added, “It was a great opportunity for folks to get to know the activities of our volunteer fire department, learn about the fire levy on their ballots, get an emergency preparedness starter kit from the Bay City Emergency Volunteers, and enjoy a meal with new and old friends.” 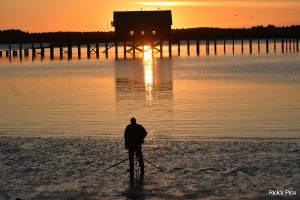 Don Backman’s photos are currently on display at Hoffman Center for the Arts in Manzanita.
For more of Don’s photos – see his website www.donbackmanphoto.com.