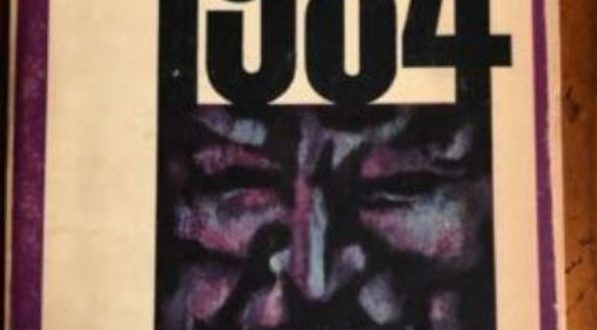 In 1960, I was a High School Freshman and one of our English assignments was to read George Orwell’s book, “1984”. I truly don’t remember much of how I looked at the book when 1984 was 24 years in the future.
Current events made me want to re-read the book, even though 1984 is 36 years ago. Not for the dismal story, but for concepts George Orwell introduced.
The book is the story of the internal and external struggle of the main character, Winston Smith. He lives in a nightmarish world where the clocks strike thirteen, where “Big Brother” is always watching, and nothing is certain.

Televisions of his day watched you while you watched it. Even when the television is off, it continues to watch you.

In the book, Orwell predicts that in the year 1984, the world will be largely split into three super-powers (Oceania, Eurasia, and Eastasia). The world has been largely devastated by nuclear war and revolution, yet the three regions are constantly at war over what little of the world that does not belong to one of them yet.

All three regions are totalitarian regimes where the populace is controlled and watched by an ever-present all-powerful state. that rely on the concepts of “doublethink” and “newspeak” to keep its people from realizing the truth.

In the United States, we have seen some efforts to implement some of the featured concepts like “Doublethink” and “Newspeak”, but our Constitution and a, still functioning free press, largely protects us.

In countries without our Constitutional protections, (Russia and China being prime examples), everyday reality has a great many similarities to the nightmare world portrayed in “1984”.

Sadly, it appears that countries like Russia are striving to make their world into a mirror image of “1984”.

I think George Orwell well understood the aims of the totalitarian mind. I hope we can continue to prove him wrong.