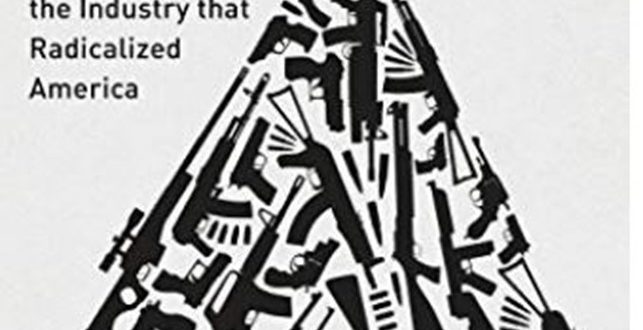 By Jim Heffernan
This a book written by a man who grew up in rural Kansas (20 miles from Colorado, 20 miles from Nebraska). That makes his birthplace Cheyenne County, Kansas, same as my mother.
Economic conditions forced my mother’s parents to move to Denver in the 1920’s. Severe wheat dust allergies caused Ryan Busse to move to Portland, Oregon in 1994, where he took a sales job with Kimber Firearms, Kimber makes high-end rifles and pistols.
From Portland, Ryan moved to Kalispell, Montana when Kimber Headquarters were relocated. His life-long love of guns and his work ethic enabled him to rise to vice-president in the company and to nominated by the NRA as the “Shooting Industry Person of the Year Award”.

The book is part memoir of his rise in the industry and part witness to contemporary history viewed through the lens of the firearms industry.
In the beginning, working in the arms industry is a dream job for Ryan. The luster of the job fades as events unfold and as the NRA (National Rifle Association) changes and gains influence.
Originally, the NRA was a benevolent, non-partisan group dedicated promoting marksmanship, firearms safety and conservation.
By the time Ryan leaves Kimber, the NRA is a strident voice mainly interested in fear mongering and promoting the Republican party.
Whipping up fear turns out to be good business for the NRA and tor the arms industry in general.
In 1994, arms sales in the US amounted to 3.5 million guns per year, by 2021 Americans were buying 23 million guns per year- a factor of 6.5. Population rose by a factor of 1.3.
Considering that guns really don’t wear out, I find those numbers disturbing.
America has a long term love affair with guns and there’s really nothing wrong with that, as long as we maintain a sense of responsibility that goes along with our rights.
Busse points out that owning a fully automatic machine gun is perfectly legal. How many mass shootings have we had with machine guns? Zero.
Owning a machine gun requires a very strict Federal background check. Seems to work.
He also points out that a culture based on the glorification of war and weapons of war is a recipe for disaster.
He realizes that there is no magic package of legislation that can undo the damage our fetish for guns has done.
Toward the end of the book, he states, “Most importantly, we must learn to stand up for our self-interests. It may be in the NRA’s best interest for you to look the other way at racists’ shirts, for you to believe that Joe Biden will rewrite the Constitution (a power thankfully not afforded to even the most popular of presidents), or for you to prepare to kill your neighbor. But none of those things are in your own best interest. Moreover, it is not in your interest to let your friends and family spread hatred and lies. Shared facts built America; “alternative facts” will surely destroy it.”
His final paragraph advises, “Commit yourself to making positive change. We must all be part of a new group of people who rise up and release our country from the grip of this un-American Carnage. It is time that we commit to changing our country for the better.”

This is the first time I’ve used YouTube as a research tool. Ryan Busse comes across as a very articulate spokesman who balances his love for guns with his concern for the damage that our excessive reverence for weaponry poses to our future.
I highly recommend the interview moderated by Thomas Foley of Washington State University. Busse gives a power-point presentation, followed by a session of questions from the audience.
I also like the interview he did with “Reload” podcaster, Kyle Boone. It was a very good demonstration of how people with different viewpoints can have a respectful and reasonable conversation about an issue. 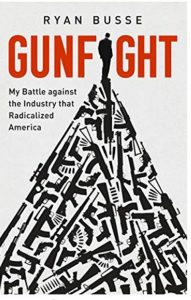 352 Pages Published 10-19-2021
Available print, kindle and audible at Amazon, print at . Powell’s, eBay (no bargains yet) and Tillamook County Library Also, several interviews are available on YouTube from different perspectives.