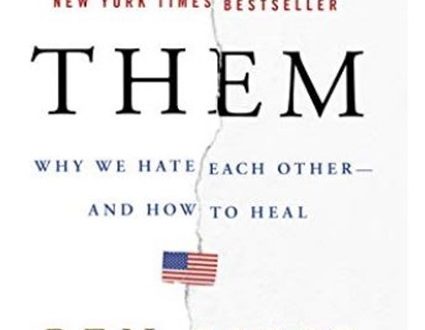 By Jim Heffernan
I am amazed at how much I liked a book written by the conservative* Republican Senator from Nebraska. He and I differ on a lot of policies, but I think he totally nails what has gone so totally wrong in our society. He also offers cogent and constructive solutions to our problems. He concedes that the solutions are not easy answers because mostly they involve changing ourselves. He wants to resurrect the concept of “us” in our daily lives.

I think it struck a chord with me because of the similarity of his hometown, Fremont, Nebraska and my adopted hometown of Tillamook, OR.
This excerpt from page 237, I believe, encapsulates his solution for our sickness:
“We are in a period of unprecedented upheaval. Community is collapsing, anxiety is building and we’re distracting ourselves with artificial political hatreds. That can’t endure–and if it does, America won’t.
The alternative is restoring community for our new moment, recognizing that the old modes are obsolete, and that we need to figure out a way to realize a sense of home in a world that looks very different than anything we’ve seen before. New technologies and experimentation will help with that. But, ultimately, it will require habits of heart and mind that introduce neighborliness into a new, more rootless age. It will require us to build new institutions of community that can bond increasingly mobile people together.”
This from page 250, I think illuminates the biggest problem of our time;
“In the same way, the response to so much of the ugliness of our moment is not to retreat to our own corners; the prescription is not less engagement, but more. We should stop hoping that our opponents in this or that cultural dispute will vanish–rather, we should interact more, in the places where we can meet as something more than partisans in battle. But that can’t happen as long as we continue to substitute for the healthy tribes of family, friends, workplace, and neighborhood, the shallow alternatives of political party and television rage and social media silos.”
* Conservative in the truest sense of the word, not like a lot of the current crop of politicians (eg.Marjorie Green, Loren Boebert, Ted Cruz, Ron DiSantis) who call themselves “conservative” when they’re actually reactionaries who dishonor the fine tradition of conservatism in this country. 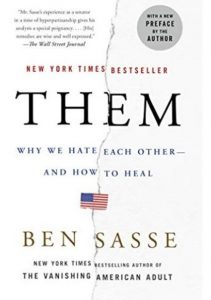