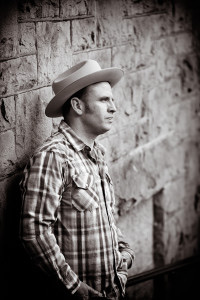 Hearing Brad Creel & the Reel Deel is like listening to a John Prine album while Merle Haggard is cooking in the kitchen, Gram Parsons is on the front porch, and bigfoot is dancing in the front yard. As the Oregonian put it, Brad’s songs offer, “barbed sentiments served up with deft holy-tonk touches”.

In 2008, Portland singer-songwriter Brad Creel released “Reveeled” a collection of smart and funny acoustic folk tunes. With the Reel Deel performing this material, the group created what can only be described as a unique country sound called, “Lava Lamp Country”. These songs showcase Brad’s singular ability to translate life’s more difficult moments into laugh-out-loud humor. Other CD’s released by Brad include the 2010 country rock CD, “Probably Not”, and the eclectic, “Time & the Road”, released in 2015.
The Reel Deel band members include veteran country rock drummer Bob Hawkins, swing/rock lead guitarist Mike Moore, and multi-instrumentalist Ben Grosscup on bass. Come see why the Willamette Week stated that Brad Creel & the Reel Deel’s “songs will keep you laughing and listening”, and the Portland Mercury said that, “Brad is gifted with the pen, punchline and guitar”.
Brad Creel and the Reel Deel at Hoffman Center for the Arts, 594 Laneda, Manzanita
7 p.m. Saturday, January 11
$10 admission – cash at the door