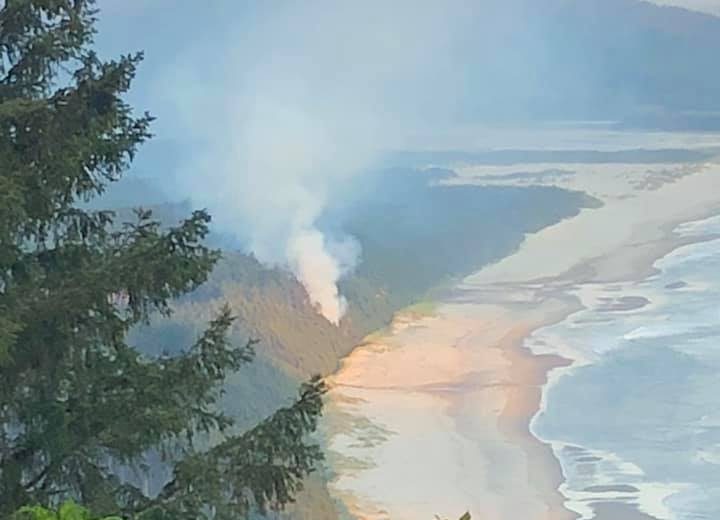 The fire at Camp Meriwether was reported at 7:30 pm on Sunday July 7th and first responders on scene were Nestucca Rural Fire, and Oregon Department of Forestry crews were activated as well as other available local units. By midnight, the spread of the fire was under control. According Ed Wallmark, Northwest District Protection Unit Forester, “We are investigating the cause of the fire, using GPS to determine the point of origin and the size, which is about 2 acres.” The fire is in a heavily forested area, old growth, and now in mop up. ODF has about 30 people on the ground, including two fire crews from South Fork Forest Camp, two ODF engines and a tender from Nestucca Fire. “We will probably have this crew on site for at least the next couple days,” said Wallmark. “And we will continue to check and monitor the area throughout the rest of the summer to make sure we don’t have any flare ups.” From previous reports, there were no buildings involved and the occupied camp area was not impacted.

“The quick response of our rural partners and the resources available nearby helped to bring the fire under control in a few hours,” noted ODF’s Wallmark. “We have an investigator on scene today, and we will be working with the sheriff’s department to identify the cause and the responsible parties.” More information will be available as the investigation continues.