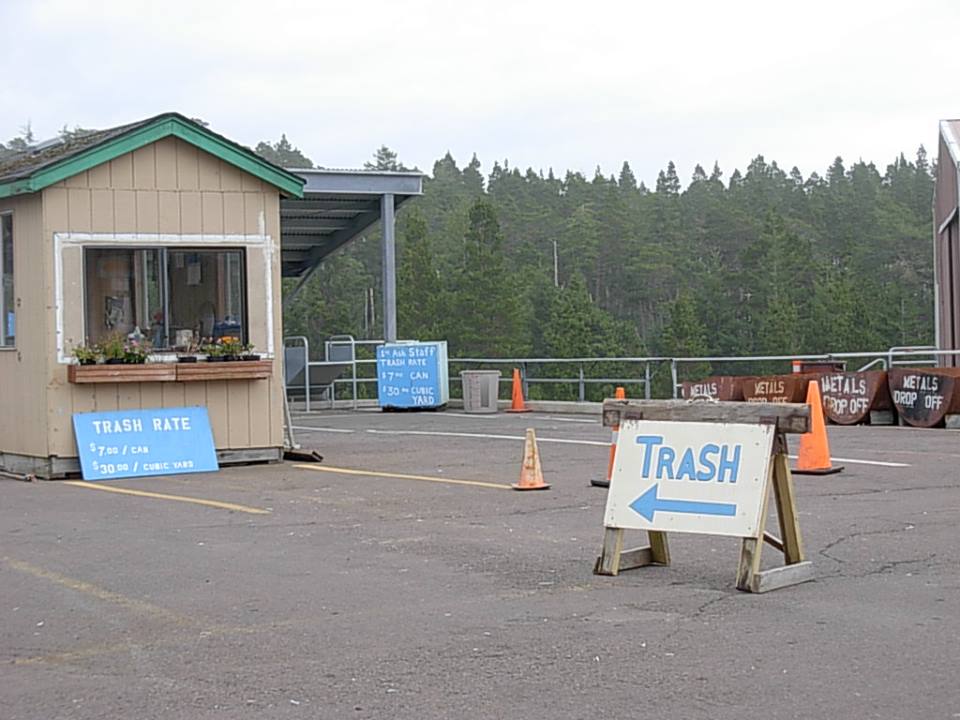 By Laura Swanson
After hours long workshops and many meetings over the past few months, it came down to a business plan from CARTM that outlined how the organization could continue to operate the Manzanita Transfer Station in a sustainable manner. “I’m disappointed with CARTM’s actions. The business model is broken and the county can’t continue to subsidize CARTM,” Commissioner David Yamamoto began. He continued, “There hasn’t been an effort to economize, and what really stuck in my craw has been the false information that has been released.” The Tillamook Board of Commissioners, Public Works Director Chris Laity and representatives from CARTM, Board President Michael McGinnis, Operations Manager Jessi Just, and former CARTM Board member Mark Beach held a workshop on Wednesday December 12th to determine the fate of the Manzanita Transfer Station.

All of the Commissioners lavished praise on the recycling recovery rates of the facility under CARTM’s guidance, using terms such as iconic, unique and “national model.” And all agreed that with the recent disruption to the recycling markets that the business model for CARTM is not sustainable. Commissioner Yamamoto noted that Douglas County has recently shut down all of their recycling. There are DEQ requirements for the recycling of certain materials, and Douglas County received a variance due to their distance from recyclers.

Commissioner Bill Baertlein echoed Yamamoto’s concern about some kind of business plan and moves to “cut back.” He explained, “The financial impact on the Solid Waste budget and the constraints would hamstring the rest of Solid Waste’s programs and impact the rest of the county if we continue CARTM’s contract at the current level. It’s short term thinking. The broader question is ‘do we need three transfer stations?’

CARTM Board President Michael McGinnis indicated that CARTM is working on a business plan, but that without seeing the County’s revised Request for Proposal (RFP) to operate the Manzanita Transfer Station that they have been unable to do this planning. “The changes to the fees have only been in place for a month,” said McGinnis. “We are working on a business plan, but to make decisions for the future, we need to have the RFP.”
“In my 20 years as a Commissioner, CARTM has been a shining star, visionary in its services and approach and was a national model,” said Commissioner Tim Josi. “My personal view if there is any way to keep CARTM that we should be making that decision, but there’s a lot more work that needs to be done and more thought put into it.”
Ultimately after over 90 minutes of discussion, the Board of Commissioners voting two (Yamamoto and Baertlein) to one (Josi) to not extend CARTM’s contract through June, 2019. CARTM failed to provide a viable business plan for operations for the next six months.

Public Works Director Chris Laity will present a plan to the Commissioners on Wednesday December 19th for Public Works to provide operation of the Manzanita Transfer Station until such time that the RFP for operations can be issued and an operator selected.

CARTM will hold a public meeting in Manzanita at Pine Grove Community House on Wednesday December 19th at 6 pm.