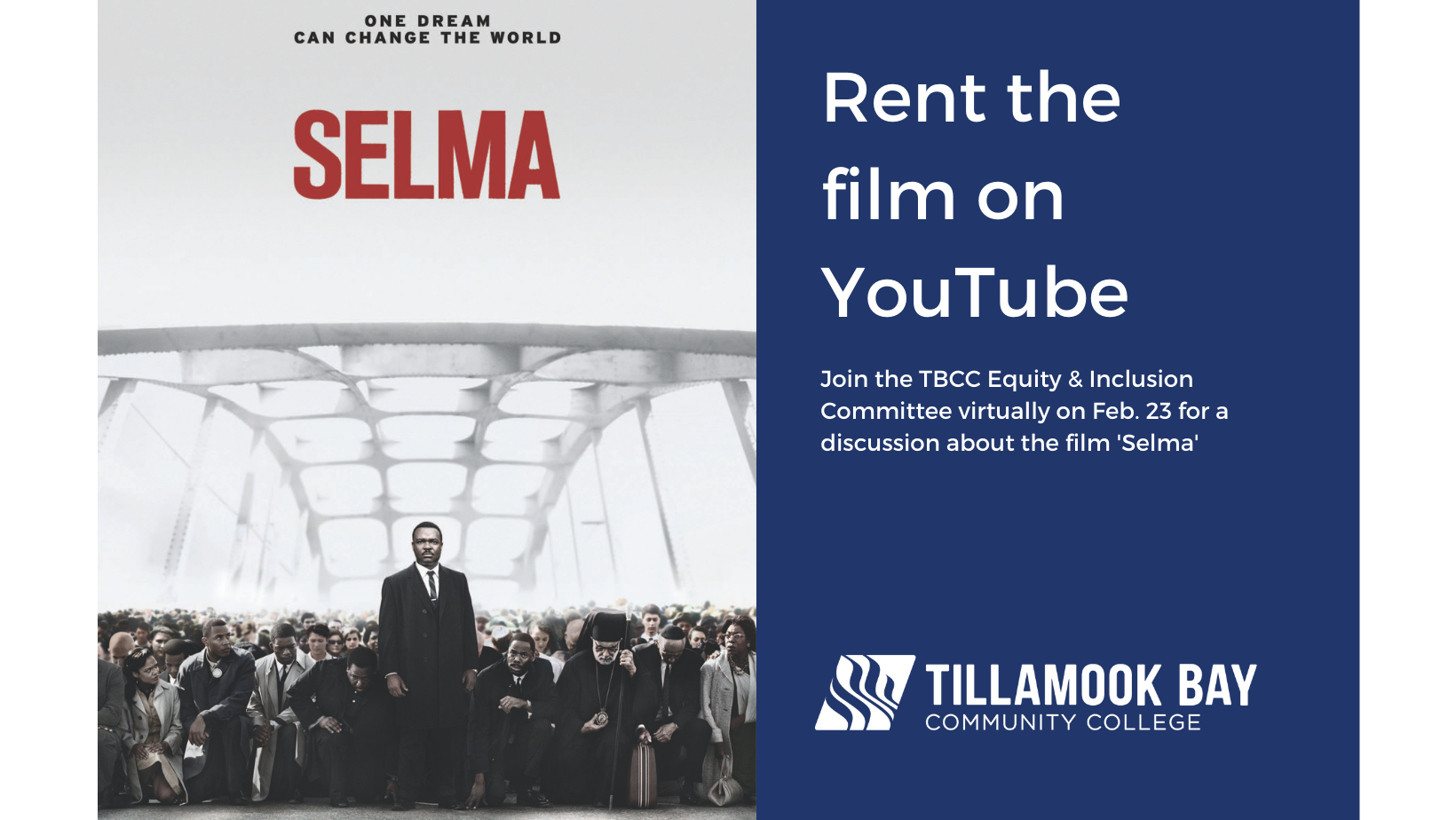 On Feb. 23, the community is invited to a virtual movie discussion about the film ‘Selma.’

‘Selma’ is a 2014 historical drama film directed by Ava DuVernay and based on the 1965 Selma to Montgomery voting rights marches led by Martin Luther King Jr. You can view the movie on YouTube for $2.99, or Amazon Prime members can watch it for free.

After watching the film on your own, join the TBCC Equity & Inclusion Committee for a virtual discussion on Feb. 23 at 5:30 p.m.. Here is the link to join the discussion – https://tillamookbaycc.zoom.us/j/98986407347
Discussion questions will be posted in this event. is available on the TBCC

Then on March 2, the TBCC Equity & Inclusion Committee will be talking over the documentary ‘13th.’

This film explores the “intersection of race, justice, and mass incarceration in the United States.” It is titled after the Thirteenth Amendment to the United States Constitution, adopted in 1865, which abolished slavery throughout the United States and ended involuntary servitude except as a punishment for conviction of a crime. The film is available on Netflix, or free to stream on YouTube.You can stream the movie for free on YouTube: https://www.youtube.com/watch?v=krfcq5pF8u8&t=4s
After watching the film on your own, join us for a virtual discussion on March 2 at 5:30 pm. The link to join the discussion is here: https://tillamookbaycc.zoom.us/j/97550471856
The TBCC Equity & Inclusion Committee was formed in 2017 to build the cultural competence of staff, faculty and students and to lead the college in becoming a more equitable environment. In the summer of 2020, they collaborated with the Tillamook Coliseum Movie Theater to screen the film ‘Just Mercy’ for the community. 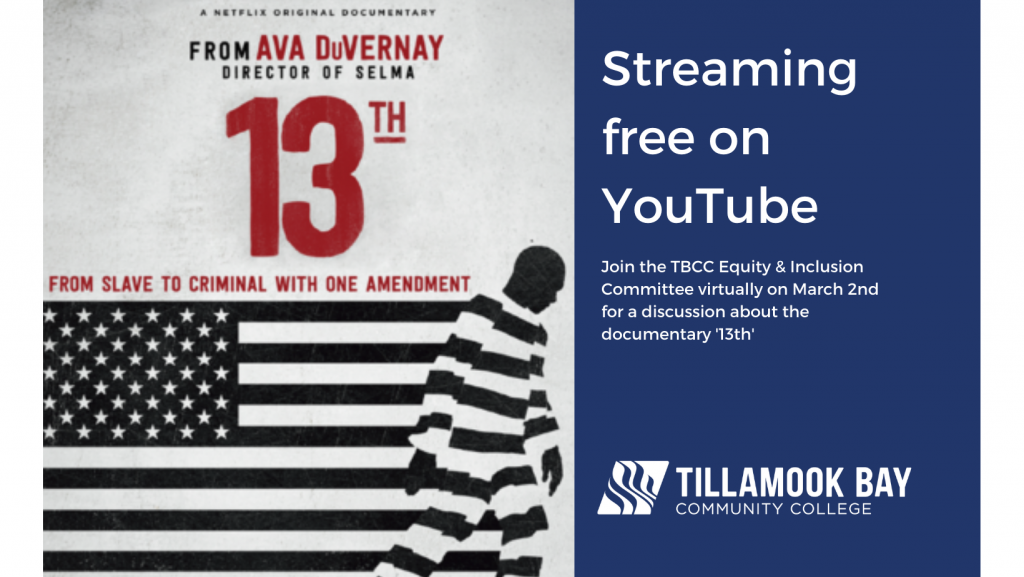