By Cara Mico, Assistant Editor
Charles McNeilly is running for mayor of Rockaway. Having been a project manager in the banking and technology industries for many years, he felt like he had a lot to offer the city. Mr. McNeilly moved to the coast in 2015, after having visited for years.

He was motivated to run for office because of what he felt like was a lack of transparency. He was concerned by the outsourcing of the police department and felt that as a resident he’d like to have known more about what was going on, and why decisions were made.

His goal, if elected, is to build a better communication channel between the council and residents.

His biggest motivation is making sure that the citizens of Rockaway are informed, involved, and represented. He’s also interested in adding a Citizen Committee to address the challenges and workings of the City of Rockaway Beach.

“A previous Mayor (Porter) had additional citizen committees such as Business and Urban Development, Public Works, Emergency Services, Administration Planning, Tourism and TRT; and Nature Preserve and Water. I’d look to the residents to develop additional citizen’s committees. I believe this would be key to getting residents and business owners back into the decision making process.”

Of the changes he’d like to implement, some include potential new positions such as a part time communications coordinator to reinstate the quarterly newsletter, and a part time emergency preparedness coordinator.

Mr. McNeilly would also like to implement quarterly town halls to improve the communication channels with residents. 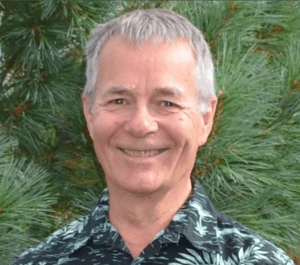