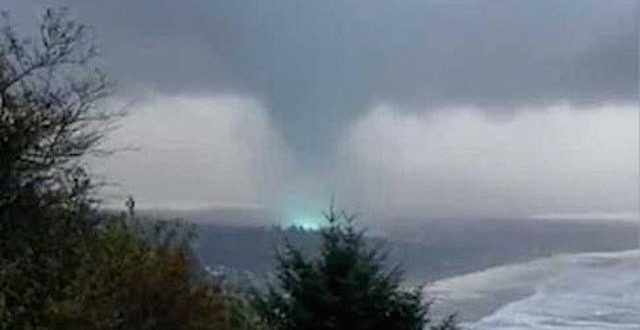 Humans are adaptable and extreme weather is part of life on Earth, but the average climate has shifted so drastically in the last century that our infrastructure and behaviors haven’t adjusted. It’s easy to see the patterns of human influence at the global level; rising sea level, increased drought and aridification, torrential flooding, and epic ice storms have plagued the 21st century.

The conversation around climate change is fraught with anger. Naturally people don’t want to feel like their personal choices have caused the devastation we’re experiencing now.

And to some degree this is true. You leaving a light on when you leave the room didn’t cause climate change and your diligence in turning it off won’t solve it. To some extent climate change was baked-in during the late 20th century.

The number of fossil fuel burning engines in use guaranteed a certain amount of glacial melt, a certain amount of carbon in the air, and a certain number of human deaths from air pollution. As we blew past 350 ppm projections for sea-level rise steadily increased and warnings grew dire. We’re now at a point where we’ve experienced the hottest temperatures on record around the world, new diseases are spreading, and drought is causing severe food shortages for billions.

This is all very overwhelming. Let’s bring it home and discuss what climate change is doing here on the coast. The body of science supporting climate change is deep and this article won’t dive to those depths, rather it is intended to serve as a state-of-the-coast and what people are doing to prepare for the inevitable changes. 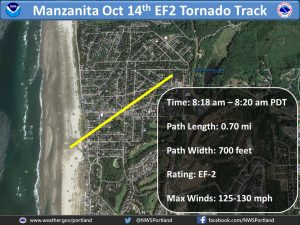 Prior to the storm of 2016 which resulted in no fewer than 10 tornados touching down in Manzanita and Oceanside, tornadoes were rare for Tillamook County and the surrounding coastal region. Although any climate scientist worth their salt will hesitate to connect a single weather occurrence to climate change, many people are wondering if this is the new normal. According to data provided by the tornado project, there were only four tornadoes recorded in Tillamook County, three of which were part of one storm system in 1997, the fourth dating back to 1975.

Residents and business owners of Manzanita took more than a year to repair the damage from the EF2 twister which clocked in at 130 mph. Entire buildings shifted from their foundations, roofs were removed from walls, windows and doors shattered, and countless trees were uprooted. Luckily the damage was limited to property and no major injuries occurred.

Then there was another tornado (an EF0) that hit the Neah-Kah-Nie area in January of 2020, with damage to a dozen homes. So a “new normal” for weather forecasting on the North Oregon Coast includes keeping an eye on water spouts that come ashore. We have always watched the weather, but now look at cloud formations in a new way.

A History of Bad Weather

Calamitous storms are not uncommon on the Oregon Coast; settler’s records and news reports dating back to the late 1800s suggest that there were several storms which could rival even our most devastating gales.  Although the Manzanita tornado destroyed over 30 homes and businesses, it wasn’t the strongest storm the region has experienced; hurricane force winds blew out windows in Astoria in the winter of 2007 when wind gusts exceeded 140 mph. By comparison the Columbus Day storm stretched from Northern California to British Columbia and destroyed 56,000 homes, and 46 people lost their lives.

While storms are not new, they are increasing in intensity, duration, and frequency. Records collected since the late 1800s indicate that tropical storm activity has increased over the last 20 years. Data from the EPA Climate Indicators website indicates that nine of the top ten extreme precipitation events have occurred since 1990 nationally.

Climate change is impacting the Pacific Northwest in varied and complex ways. Increased temperatures lead to increased ocean evaporation which changes rainfall and snowfall patterns, although connecting this directly to the west coast drought is difficult, there are measurable changes directly attributed to climate change. According to Keep Oregon Cool temperatures in the PNW have increased 1.5 degrees Fahrenheit since the 1920s. Some estimates suggest that by 2100 global temperatures will rise from anywhere between 2 and 7 degrees centigrade. One study showed that recent high temperature extremes were made 150 times more likely because of climate change.

Stay tuned for more on this topic, we’re going to cover the climate issue in an in-depth manner on an on-going basis. Be a part of the conversation! Send your comments, questions, thoughts to the editor and we’ll try to answer or address them in the next segment.