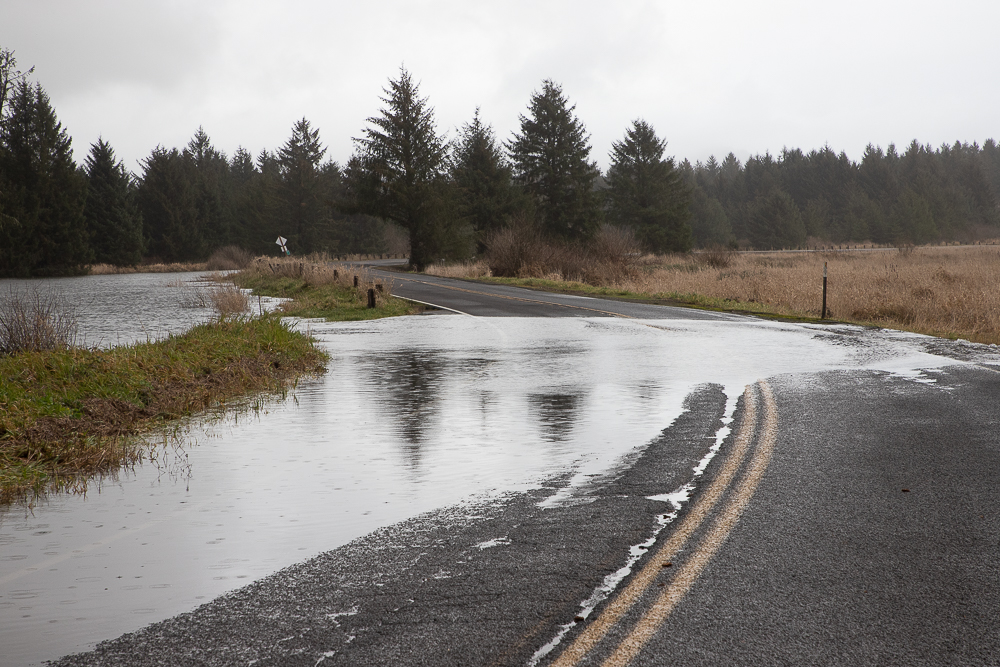 By Cara Mico
Coastal flooding is a natural part of the landscape. Nearly 40% of the US population lived on the coast as of 2014, a trend that is increasing. On the north Oregon coast, freshwater streams overflow their banks every 1.5-2.5 years. One of the big changes that the coast has experienced in the last few decades is the timing, frequency, and intensity of storms.

Coupled with increasing storm surges, this means that although a large area of the pacific northwest is experiencing drought, the coast is also experiencing increasingly damaging storms. Some research suggests that atmospheric rivers will occur less frequently in the future but will likely last longer and cover larger areas.

For anyone who experienced the atmospheric rivers of fall 2021 which flooded the majority of the west coast, you may understand what this could mean for the future. In Neskowin for instance people were airlifted from a flooded RV park, cities in the Bay area were cut off and without power, and the Seattle area experienced devastating floods. So researchers are expecting more intense storms with slightly less frequency.

For low-lying coastal areas this is devastating news. The increase in nuisance flooding has a real impact on people’s lives and the economy. (A meta analysis came to a loose conclusion that the increase in losses is more strongly correlated with population growth and an increase in capital value rather than an increase in storms themselves, more here.) 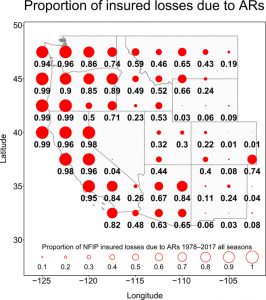 As sea-level continues to rise, the occurrence of this type of flooding in coastal areas will increase as will ‘sunny-day’ flooding (floods from tides pushing up through drain systems on sunny days).

As are most things in this day and age, conversation around this topic is fraught. It’s easy to get overwhelmed in the face of potentially losing your livelihood, your culture, and your belongings. So Oregon State researchers are coming up with novel ways to talk to kids about the complex topic of coastal flooding.

The project, funded through SeaGrant, developed an interactive curriculum to help kids understand and discuss the heavy subject matter. The focus of the curriculum helps kids to understand the likeliness of any given event occurring and helps build their critical thinking skills in a fun, safe way. They even updated the outmoded exit slip by asking students to form a tweet about a particular video, helping them to understand how to communicate complex topics effectively and accurately on social media.

A good portion of the three day curriculum looks at how sea-level rise interacts with other coastal hazards helping students make real world connections to their community. If you’re curious how journalists are encouraged to report on extreme weather events check out this interesting article here, not surprisingly it includes a lot of the same ideas as the aforementioned curriculum focusing on likelihood of connections rather than cause and effect statements. We’ll update the article with the completed curriculum once it’s available.