Watchstanders at the Sector Columbia River command center received the medevac request at 5 a.m. from a shore side doctor who recommended the ill man needed to be hospitalized within 6 to 8 hours. The helicopter aircrew launched at 6:15 a.m. and completed the hoist at 6:45 a.m. 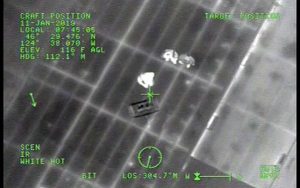 The ill man is the second engineer aboard the Garnet Leader, which is scheduled to moor in Vancouver, Washington, Saturday.
Warrenton Fire Department paramedics transported the patient to Columbia Memorial Hospital in Astoria. The condition of the man is unknown at this time.
The Coast Guard notified Customs and Border Protection to document the location of the man.