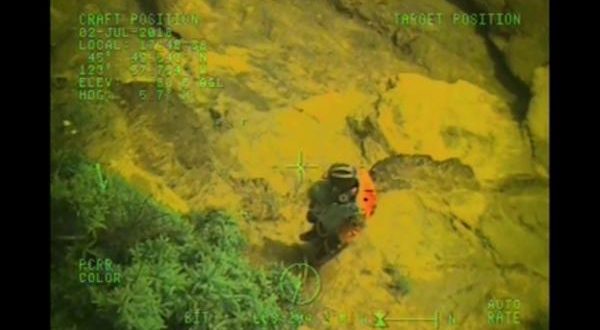 WARRENTON, Ore. — The Coast Guard rescued a hiker stranded on a cliffside near Hug Point on the Oregon Coast, Monday evening, July 2nd.

An aircrew aboard an MH-60 Jayhawk helicopter from Sector Columbia River successfully hoisted the hiker from 100-feet up the cliffside and transported him to sector’s base with no injuries reported.

Watchstanders at the sector’s command center received a request for assistance from Seaside dispatch with the report of the stranded hiker at 4:58 p.m. The aircrew arrived on scene at 5:36 p.m. and completed the hoist at 5:45 p.m.

This was the fifth hiker in the Pacific Northwest to be rescued by the Coast Guard on Monday, after they all became stranded by a high tide. The Coast Guard reminds all beachgoers and hikers to be aware of the times that the tides change. Open and accessible areas can quickly close and cause hikers to become stranded. 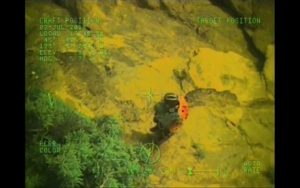 A Coast Guard aircrew aboard an MH-60 Jayhawk helicopter from Sector Columbia River rescues a man stranded 100 feet up a cliffside at Hug Point, Ore., July 2