Brookings, Ore. — Crew members from Coast Guard Station Chetco River and good Samaritans rescued three men from a capsized vessel Saturday outside the mouth of the Chetco River.
At 10:45 a.m. watchstanders at Coast Guard Station Chetco River received a relay from 911 dispatch that a 19-foot recreational vessel had capsized just outside the bar at the mouth of the river.
Watchstanders diverted crews aboard two 29-foot Response Boat-Small already deployed on training exercises in the vicinity and responded to the scene in approximately four minutes.

All three men were not wearing life jackets when their vessel was suddenly swamped by the wake of another passing vessel. The vessel was salvaged after all three men were brought to shore without any reported injuries.
They clung to flotsam and swam in 60-degree water to reach nearby vessels. One had already been pulled aboard by the good Samaritans when the Coast Guard arrived.
The survivors were transferred aboard one of the 29-foot RBS and transported back to the marina where emergency medical service technicians were waiting to provide first aid, which the survivors declined. 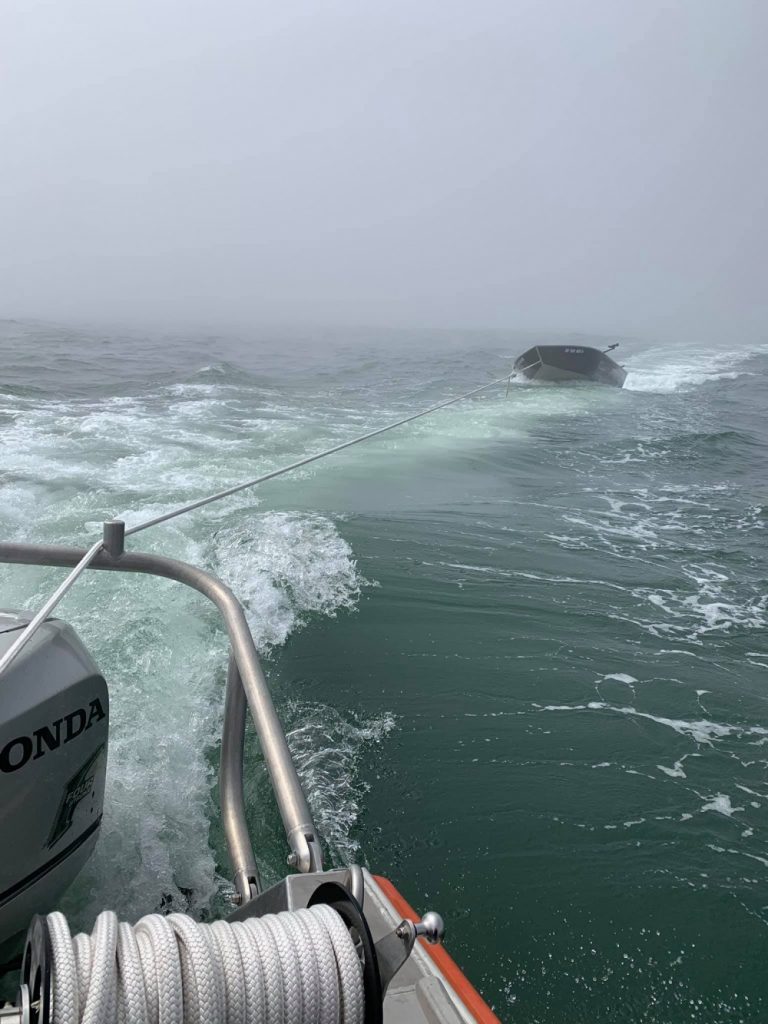 Crew members on the other 29-foot RBS were able to attach a tow line to the capsized vessel and right it.
With the help of the vessel’s still-functioning dewatering system on board, coupled with the forward motion and the help of a crew member with a bucket-bailing system, the vessel was saved and moored safely at the port of Brookings harbor.
“It is incredibly important for people to wear life jackets when engaged in watercraft activities,” said Petty Officer 3rd Class Cody Vallejo, of Coast Guard Station Chetco River. “We saw today that an incident can occur so quickly that there is no time to don a lifejacket in the moment. These people today were very lucky to have good Samaritans so close by, but it could have just as easily gone the other way. Life jackets save lives.”