NOTE: The Coast Guard responded to an almost identical rescue Friday afternoon near Saddle Mountain – see previous article.
The Coast Guard urges anyone venturing to remote areas to have reliable means of communication to reach first responders in case of an emergency, and to be prepared for conditions.

ASTORIA, Ore. — The Coast Guard medevaced a second hiker Saturday June 19th after a reported medical emergency near the top of Saddle Mountain.
The hiker was reported to have what appeared to be a broken ankle.
Coast Guard Sector Columbia River received an agency assistance request from the Seaside Police dispatch. A Hamlet Fire and Rescue team was on scene with the hiker, but deemed it unsafe to reach and recover the woman on foot and requested Coast Guard helicopter assistance.
A Sector Columbia River MH-60 Jayhawk helicopter crew arrived on scene at 5:48 p.m. A rescue swimmer deployed to conduct a hoist and medevaced the woman at 6:38 p.m. 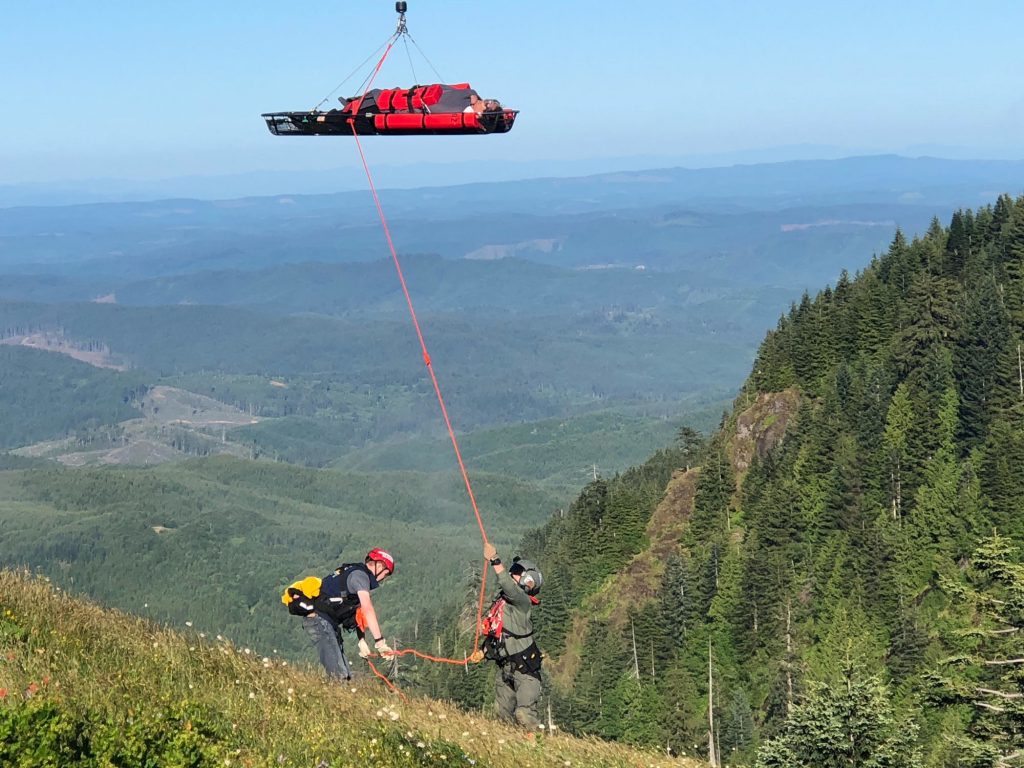 At 6:45 p.m., the patient was transferred to awaiting emergency medical personnel at Sector Columbia River and treated for shock and a broken ankle while enroute to the hospital.