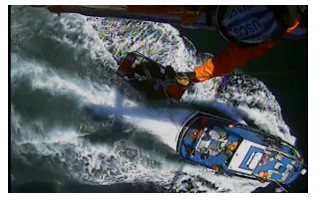 Watchstanders at Coast Guard Sector North Bend command center received a call from the vessel operator at 1:15 p.m., who reported that a 70-year-old male aboard had had passed out and lost consciousness.

An MH-65 Dolphin helicopter crew from Sector North Bend, already airborne conducting training in the area, diverted to the scene. 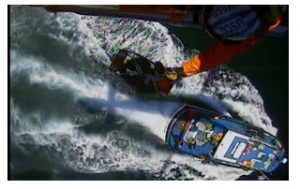 At approximately 1:45 p.m., the rescue crew arrived on scene, hoisted the injured man, and proceeded to the Coast Guard Air Facility in Newport. The patient was transferred in stable condition to awaiting emergency medical services personnel at the air facility just after 2 p.m.

EMS brought the patient to a local hospital for a higher level of care.