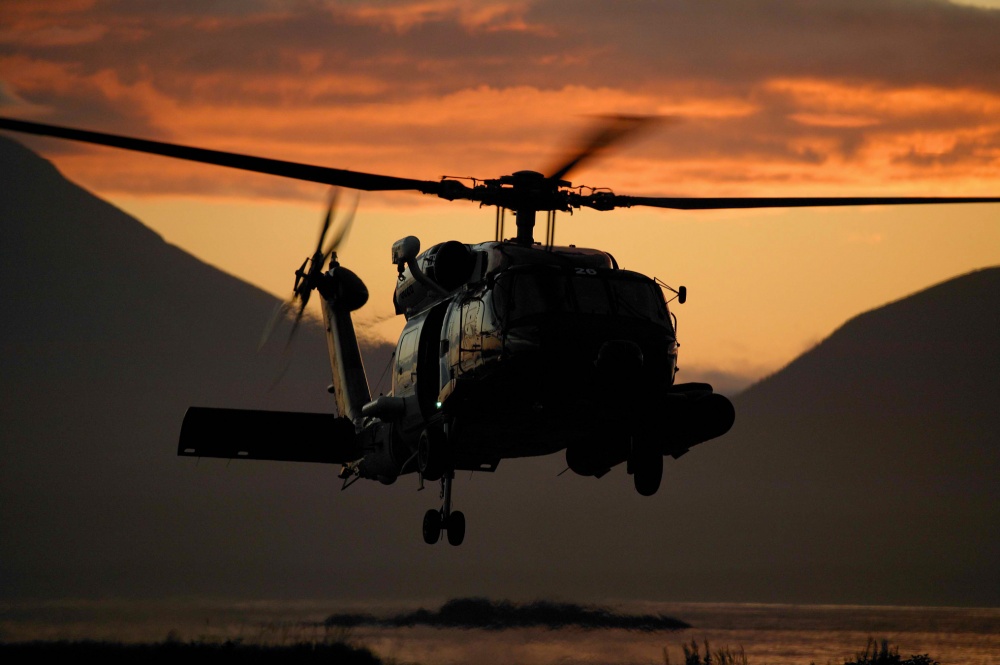 When the Coast Guard received initial notification, the Hood River County Sheriff’s Office and other first responders were on scene administering immediate medical care but were unable to safely medevac the injured hiker due to challenging terrain.

The aircrew arrived on scene and deployed the rescue swimmer at 6:42 p.m. The survivor was successfully hoisted from the canyon in a coordinated effort between the Coast Guard aircrew and other responders on scene before being transported to Legacy Emanuel Memorial Hospital in Portland.

“The interoperability of federal, state and local agencies made the difference. It saved this man’s life,” said Greg Merten, operations unit specialist and search and rescue controller at Sector Columbia River. “Knowing information about the terrain, medical condition of the hiker, allowed us to prepare and to arrange everything to successfully effect the rescue.”

At 8 p.m., the survivor was transferred in stable condition to the hospital’s trauma team.

The Coast Guard urges mariners and those exploring remote areas inland to have a plan and to let others know when you expect to return. Always have a reliable means of communication to reach first responders in case of emergency.