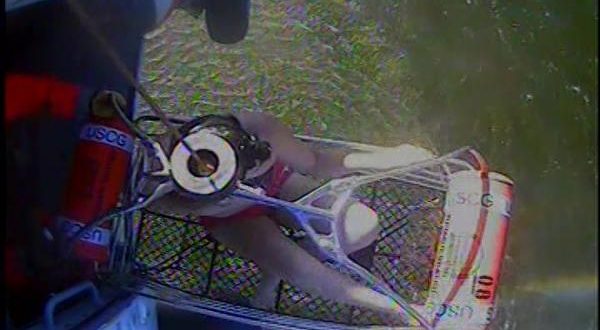 A Coast Guard aircrew hoisted two female teenagers Wednesday afternoon near Fort Stevens State Park in Hammond, Oregon.
At 5 p.m., watchstanders at the Coast Guard Sector Columbia River Command Center received a request for assistance from Astoria dispatch reporting a 14-year-old and 18-year-old female stranded on rocks in a lagoon.
They were unable to paddle their inner tubes back to their starting point and the rising tide eliminated any way to walk back to the park.

Coast Guard rescue boatcrews and other local agencies were unable to reach the rocky area due to the shallow depth of water.
A Coast Guard MH-60 Jayhawk aircrew from Sector Columbia River launched and diverted to the area. 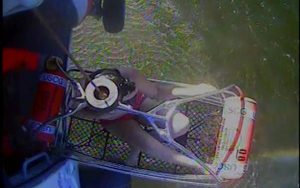 The aircrew hoisted the two individuals to safety and brought them back to the air station at 6 p.m.

There were no medical concerns with the two teens.

The Coast Guard reminds the public to always check the weather, including tide tables, and ensure a life jacket is worn at all times during any open-water activity.