SEATTLE — The Coast Guard rescued seven people over the weekend after the 143-foot yacht they were aboard took on water and became disabled 25-miles off the Washington coast.

Watchstanders at Coast Guard Sector Columbia River command center received a radio call from the crew of the vessel at 6 a.m. Saturday, May 7th reporting the yacht was taking on water due to the transom door opening and failing to close.

After observing smoke, the yacht crew members also engaged the engine room fire suppression system, at which time the vessel became disabled. The crew then energized their emergency batteries in order to maintain communications.

The helicopter crew was the first to arrive and gave updates to the Coast Guard watchstanders. There were no medical concerns for the crew or reports of pollution from the yacht. 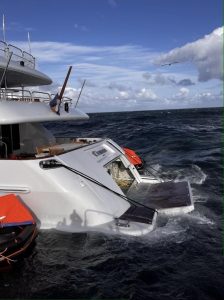 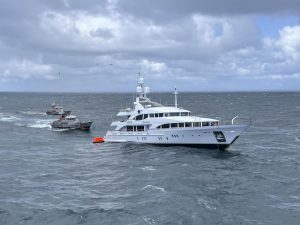 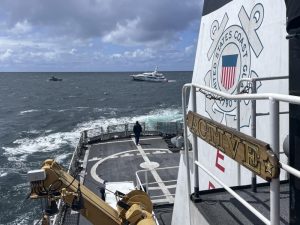 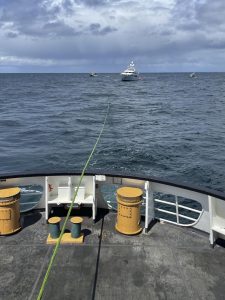 The boatcrews arrived around 7:30 a.m. and stood by to support. Due to the yacht exceeding the towing capacity of the lifeboats, Coast Guard Cutter Active, a 210-foot medium endurance cutter, was diverted to the area.

The Active arrived on scene around 2:30 p.m. and the crew placed the yacht in a stern tow. All crew members from the yacht were transferred to the cutter during the tow evolution. The crew of the Active began towing the vessel towards the Strait of Juan De Fuca entrance where the tow would be passed to a commercial salvage company.

The commercial tug is scheduled to tow the yacht to a shipyard in Port Angeles where repairs can be completed.