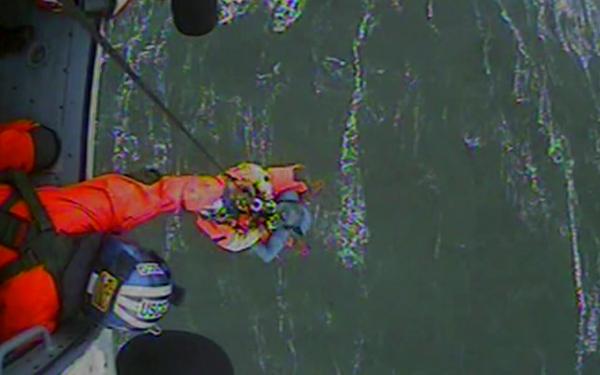 SEATTLE — A Coast Guard aircrew hoisted an injured woman Saturday morning February 8th from a cliff side at Cape Falcon near Manzanita.
At 11 a.m., watchstanders at Coast Guard Sector Columbia River Command Center received a request for assistance from Tillamook County dispatch reporting a 30-year-old woman had slipped off a trail while hiking and sustained several injuries.
Ground personnel had been unable to reach the woman’s location by vehicle due to the steepness of the cliff.

A Coast Guard aircrew aboard an MH-60 Jayhawk was launched and diverted to the area.
At Noon, the aircrew arrived on scene. The rescue swimmer deployed and hoisted the woman into the helicopter.


At 12:06 p.m., the aircrew brought the woman safely to Nehalem Bay State Park to awaiting emergency medical services.
Her current condition is unknown.