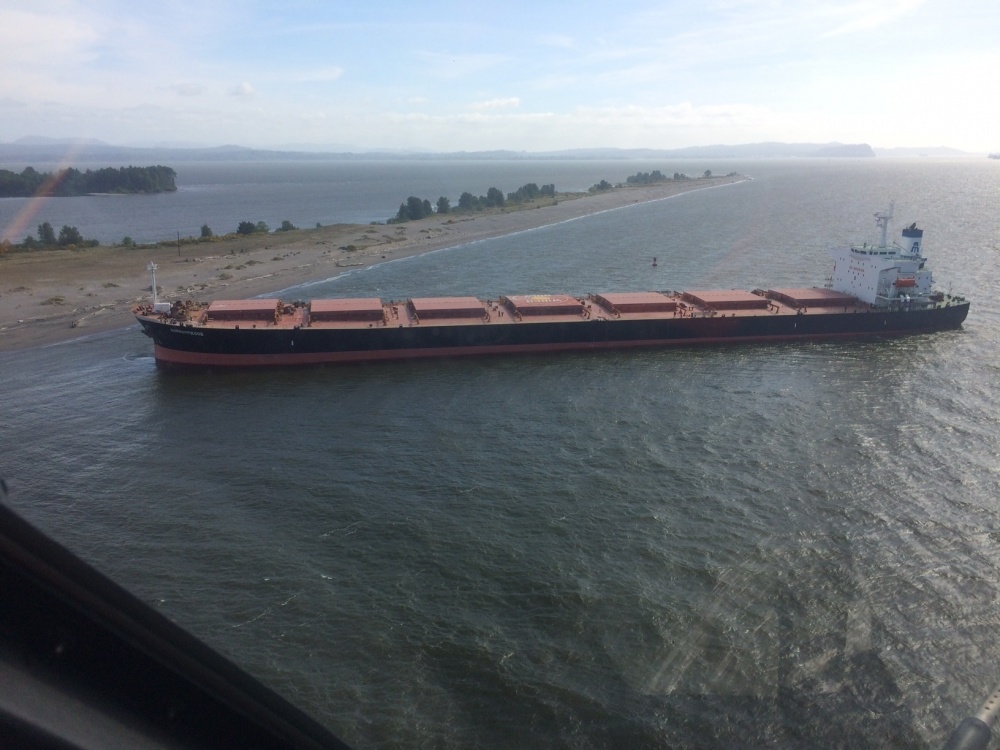 ASTORIA, Ore.— The Coast Guard responded to a 738-foot motor vessel which ran aground on the Miller Sands Bar, east of Tongue Point, Sunday.
The vessel was able to pull itself off the bar early Monday morning at high-tide, with no injuries or pollution reported.

Coast Guard watchstanders at Sector Columbia River received the call Sunday afternoon, that the Gorgoypikoos had run soft-aground, while transiting at 10 knots, due to a steering control malfunction.
The vessel had a crew of 21 and was reported to be carrying grain and approximately 318,000 gallons of fuel-oil.
The Coast Guard dispatched a federal investigator aboard a 47-foot Motor Life Boat from Cape Disappointment, as well as an aircrew aboard an MH-60 Jayhawk Helicopter from Air Station Astoria.
The Columbia River Pilots and Columbia River Bar Pilots, monitored traffic and issued restricted movements due to the stern of the vessel partially obstructing the channel.
Three tugboats arrived to assist the Gorgoypikoos, however the vessel was able to re-float itself and continued to its original destination in Longview, Wash.