Learn more about this important estuary, its history and cultural significance, and the restoration work being done in the area during a guided tour
On the surface, Hoquarton Park in downtown Tillamook appears to be a well-maintained, mild walking trail that winds along the slough through grass pastures and native plants with several viewing platforms allowing patrons to enjoy the water. However, not that long ago the Hoquarton Slough frontage was a bustling port and industrial center.
Up until the late 1950s, the slough served as a water route to the City of Tillamook for supply, passenger, and fishing boats entering Tillamook Bay from the Pacific Ocean. Before Pioneer settlement, Native Americans hunted and fished in and around the slough’s rich natural environment.

The Hoquarton Interpretive Trail was built in a cooperative effort between the city, volunteers and a number of granting agencies. In 2000, a partnership was formed by the city and the Tillamook Estuaries Partnership (TEP) along with other organizations and individuals to help clear the area of invasive species and bring back the native vegetation. 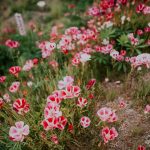 On August 17th, you can enjoy a guided walking tour of Hoquarton Slough that will highlight the unique ecology, cultural history, and significance of this iconic waterway. Led by staff and volunteers from TEP, the Tillamook County Historical Society, and the Bay City Art Center, this Explore Nature event will help attendees Discover Tillamook County’s estuaries in person.
“It’s a wonderful opportunity to come experience the estuary and see for yourself what a special place it is,” said Claudine Rehn, the Deputy Director at TEP.
“A healthy estuary is at the heart of a community,” she added. “Without that, we aren’t going to have a healthy economy or a healthy community. Our estuaries are these touchstones for everyone who lives here because in some way you are impacted by the health of one of our five estuaries. We love being able to share the stories of our estuaries with people.”
The journey will be about a 2-mile round-trip walk along the Hoquarton Interpretive Trail and primitive trail along Hoquarton Slough. Part of the trail is paved and ADA accessible, but a portion of this tour will include hiking along an unimproved section of trail atop a dike. Participants should wear close-toed shoes or hiking boots.
The park is located along the banks of the slough just one block north of the heart of the downtown area next to the new four-lane bridge at Front Street and Highway 101. Register at explorenaturetillamookcoast.com. 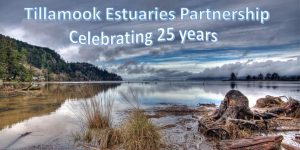 This guided walking tour is part of TEP’s 25th anniversary celebrating Tillamook Bay’s designation as a ‘Bay of National Significance’ by the Environmental Protection Agency that works to preserve America’s iconic estuaries. There are 28 estuaries in the national program, including Tillamook Bay.

TEP is also hosting an art exhibit at the Tillamook County Pioneer Museum now through the end of September titled ‘Discover the Bounty of the Bays.’ This exhibit features local art highlighting the Tillamook County’s five estuaries, the history of TEP and their important work in the community, and even a fun game for kids to learn about the fascinating and adventurous lives of salmon.
“It’s an opportunity to celebrate local artists and learn more about the work that TEP has accomplished over the last two and a half decades, and the work still left to be done,” said Kristi Foster, the Executive Director at TEP.
You can tour the exhibit during regular museum hours, which are Tuesday through Sunday from 10 a.m. to 4 p.m.
For more information about TEP’s work and the National Estuaries Program, visit their website tbnep.org.