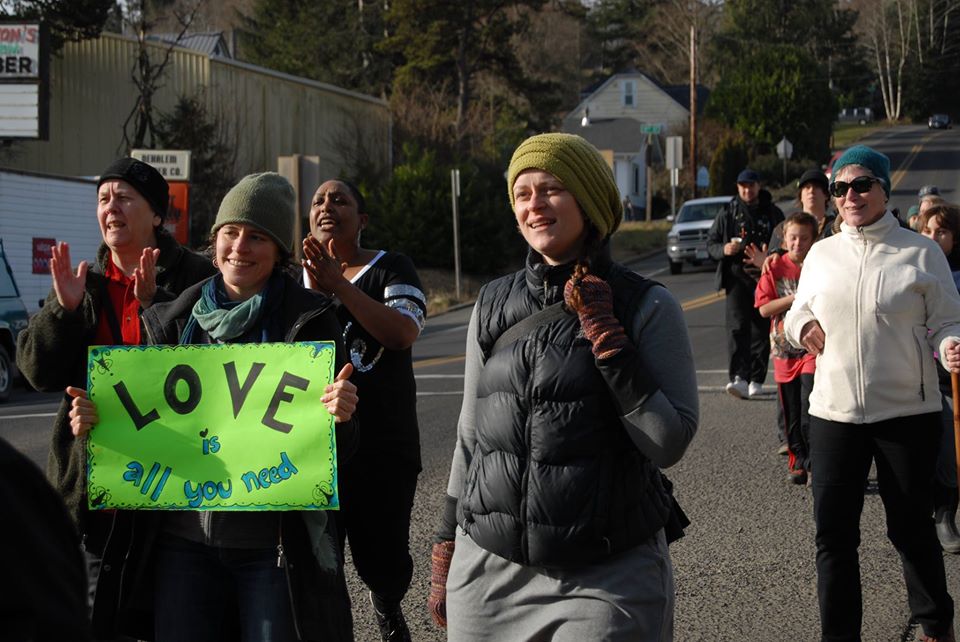 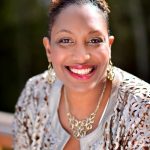 By LaNicia Duke, Founder of The Love Coalition

Over the last three weeks, our nation has been faced with a recurring crisis which was a pandemic before Covid-19. Because many of us were doing our part by staying home to stay safe, we were witness to the murders of Ahmaud Aubery, Breonna Taylor, George Floyd and most recently Rayshard Brooks that have re-ignited the discussion, frustration and anger of systemic racism in our country.

I was very encouraged to see the CEO of Tillamook Creamery, Patrick Criteser, issue a statement on racial injustice that communicates the steps they are taking to be part of the change happening in our country. It did surprise me, however, because a lot of people in our community would think systemic racism and other forms of biases don’t exist in our towns. Many wonder why we keep talking about it. Even though some of the Creamery’s audience won’t agree with their message, they weren’t afraid of losing revenue to do the right thing. (Unlike the NFL, who has recently backtracked on their stance, and now support the dire need of social justice reform in our country.)
We have also seen statements in our communities by other businesses and organizations: from Tillamook County Commissioner-elect Erin Skaar, Tillamook County Sherriff’s office, Columbia Pacific CCO, Nehalem Bay Health District (including North County Food Bank, Rinehart Clinic and Nehalem Valley Care Center), CARE Inc., Tillamook Bay Community College, Tillamook Family Counseling Center, Manzanita Farmers Market, Lower Nehalem Community Trust, Oregon Shores Conservation Coalition, Oregon Food Bank Tillamook County Services, Tillamook County Pioneer, among others. I have been saddened to not see more of our community leaders (Tillamook County, Tillamook and other cities, the Ports, etc.) and businesses take a stance against systemic racism and the need for social justice reform.
Will you stand up with us? If your business or organization has issued an anti-racism statement or are interested in becoming Love Coalition partners who are committed to social justice reform in Tillamook County and beyond, please contact the Love Coalition so we can add you to our list of allies – lovecoalitionnw@gmail.com.
Our communities are plagued with instances of intentional and/or unintentional ignorance that have continued to be pushed aside because our community is full of “well meaning people.” I’ll be the first to admit Tillamook county has some of the best residents I’ve ever witnessed but to ignore the bad encounters many people, including myself, have experienced in our county makes me wonder just what it will take for us to wake up.
I have been a resident of Tillamook county since 2015. Even though I’ve been relocated for the past year, I’ve remained a vested member of our community. My husband grew up in Wheeler. His grandfather used to own the meat market in Rockaway. His dad taught algebra for over thirty years at Neah-Kah-Nie High School. We will be returning to Tillamook county this month as full-time residents. The refusal to acknowledge the need to improve, even in beautiful Tillamook county, makes me worried for the students who are enrolled in our schools, the families who live in our communities, the visitors who spend their dollars in our local economy, as some have felt like outsiders because of their skin color, who they chose to be married to, their sexual preference, their disabilities, and a host of other reasons.
If there has ever been a time to act, the time is now. How many other kids must we hear about being bullied in our schools because they are different? How many families quietly leave because of their experience in our community but they know saying something won’t make a difference, so they suffer in silence. How many more visitors have to be subjected to unfair treatment because there are some things so ingrained in our culture it’s just to be expected?

The Love Coalition is asking you to no longer be silent. We want to know that you will begin to listen to your students and community members who are telling you there is a problem. We want to know you support the demonstrators who are showing up selflessly to protest against systemic racism and proclaim Black Lives Matter, and that you will also help teach those who are flipping them off as they pass by why it is our duty to treat everyone with dignity and respect. We must lead by example and demonstrate that the majority of Tillamook County residents stand against racism and want equity and inclusion in our community.

The Love Coalition is partnering with the Oregon Food Bank Tillamook County Services, Columbia Pacific CCO, Rural Organizing Project, Sammy’s Place, Tillamook Bay Community College, OSU Extension Program, and Tillamook County Pioneer to move from talking about what we see and experience, to doing something about it.
Stand for Love – I implore you to partner with us as leaders in our communities and help to ensure Tillamook county is a safe place for everyone, not just those who have generational ties to the area. I offer you my support and my time and energy as they are needed. We have several people who have said they want to be part of the change. Do you have room to work beside us as we seek to build bridges? This is an open invitation to join us in the work we are doing to continue spreading hope and love in our communities.