Evens violated the terms of his commercial license by keeping fish he caught instead of selling and documenting the catch with a fish dealer. He must pay $400 in fines, of which $300 will go to ODFW as restitution. He will also complete 80 hours of community service. The judge sentenced him to five years bench probation, during which time he is prohibited from angling or assisting others in angling. He is also suspended from obtaining commercial or recreational licenses for five years.

The license suspension falls within the parameters of the Violator Compact, a reciprocal agreement among most states. The Compact demands that if someone loses their hunting or fishing privileges in one state, they lose them in all states. It is a serious consequence, according to OSP F and W Lt. Ryan Howell.

“When an individual receives a hunting or angling license suspension it is usually for a pretty serious violation of fish and wildlife laws,” Howell said. “The OSP F and W Division takes any violation of the suspended license very seriously. If you know of anyone who continues to fish or hunt with a suspended license, we would appreciate the information and it could lead to a TIP Reward.”

The waters of Oregon’s halibut fishery fall under Oregon, Washington, and federal oversight. In such circumstances, agency enforcement officers may partner to solve crimes. NOAA and OSP F&W Division have solved several cases cooperatively, according to Lt. Howell.

“NOAA is one of our partner agencies when it comes to enforcement of our fishery resources both inland and on the ocean,” Lt. Howell said. “We work really well with NOAA regarding state and federal fisheries enforcement.”

The Pacific halibut fishery in the northeast Pacific Ocean is healthy because of extraordinary efforts by the International Pacific Halibut Commission (IPHC), NOAA Fisheries, and ODFW to set quotas at levels intended for long-term sustainability according to Lynn Mattes, ODFW project leader for recreational groundfish and halibut. If someone exceeds catch limits or bag limits, that is stealing opportunities from others, as well as potentially putting the health of the stock in jeopardy.

“If quotas are exceeded, it could cause the stock to decrease, resulting in fewer fishing opportunities in the future,” Mattes said. “Pacific halibut are a very valuable and highly sought after fish for both recreational and commercial anglers Catches of halibut are often limited to a single fish, to provide as much opportunity as possible while staying within quotas.”

Evens is a repeat offender when it comes to taking halibut. He lost his recreational fishing license in 2018 after OSP F and W Troopers received a tip that someone operating a dory boat in the Cape Kiwanda area was catching and keeping halibut for themselves and their passengers without reporting it.

Troopers began surveillance on Evens’ 20-foot dory, Wild Ride, and eventually requested to board his boat for an inspection. During the inspection, Troopers noticed three fuel cans next to the motor. Two of the fuel cans had hoses running to the motor. A Trooper reached down to lift the third can. The top of the can lifted easily to reveal eight snowy white halibut fillets nestled in ice in a special hidden container.

In 2018, Evens was cited criminally for several offenses and pleaded no contest to two fish and wildlife misdemeanors. He was placed on probation for three years, received a 3-year angling license suspension, five days in jail, and was ordered to pay $500 in restitution to ODFW.

In 2020 the fisherman obtained a commercial fishing license, which allowed him to continue to fish despite the court ordered recreational suspension. Throughout 2020-2021 the F and W Division Special Investigations Unit, as well as local F and W Troopers and NOAA Enforcement Officers, investigated Evens.

Through extensive surveillance, contacts, and the review of digital data, Troopers proved the fisherman kept commercially caught fish for personal use. He neither documented his catch nor paid landing fees. The fisherman had also violated the terms of his ongoing probation.

Evens admitted to his unlawful activities and charges were referred to the Tillamook County District Attorney’s Office. In June 2022, Evens pleaded guilty to one count of unlawful commercial fishing activities. 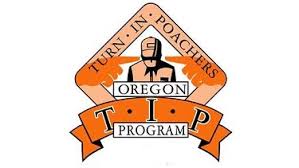 The Stop Poaching Campaign educates the public on how to recognize and report poaching. This campaign is a collaboration among state agencies, sportsmen and other conservationists, landowners, and recreationists to engage the public in combatting Oregon’s poaching problem. Our goal is to: Incentivize reporting on wildlife crimes through the TIP Line; Strengthen enforcement by increasing the number of OSP Fish and Wildlife Troopers; and Support prosecution in becoming an effective deterrent. The campaign helps to protect and enhance Oregon’s fish and wildlife and their habitat for the enjoyment of present and future generations. Contact campaign coordinator Yvonne Shaw for more information.Yvonne.L.Shaw@odfw.oregon.gov.