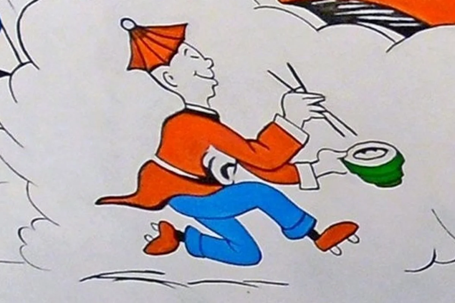 Recently, the estate of Theodore Geisel, better known as Dr. Seuss, announced that several of his books would be taken out of print due to their stereotypical depictions of people of color, most notably the Chinese. This news has sparked controversy along with other, similar progressive moves by companies in recent weeks, particularly among politicians and media outlets. Many are proclaiming that Dr. Seuss has now been “cancelled,” labeling such change as censorship. However, many media outlets and individuals are missing the greater picture with many layers, once again lying underneath. These changes call not for rewriting history but expanding our views on the marginalized and how they’re necessary for a better future.

To clarify, The Cat in the Hat or any other A-tier Seuss books are not “cancelled.” It’s some of his more obscure books going out of print, such as If I ran the Zoo and Scrambled Eggs Super. The reasoning being Chinese stereotypes (albeit briefly) appear in the books, described as having “slant eyes” and “eating with sticks.” Geisel’s works are inherently simple, but his characters usually have distinct personalities and strong themes present in the stories. Such attention is unfortunately absent with the stereotypes, i.e. sporting ancient garments long out of fashion, shallow remarks of their physical appearances, and seemingly depicts Chinese culture itself as wacky as the rest of Seuss’ world.

Humor may have been the attempt but that doesn’t excuse the oversimplification of an entire ethnic group. Yes, there’s some truth to these stereotypes but they’re not all encompassing; that’s what makes them stereotypes. They relegate a culture to basic imagery, fail to display any nuance, and can give people the impression that people of Chinese dissent are less human. I don’t think this was intentional on Geisel’s part, but it’s unfortunate he inadvertently used his platform to give a false perception.

An example of intentional discrimination would be Giana Carano, who was fired from her role as Cara Dune from The Mandalorian. Carano tweeted many controversial statements: mocking trans people for using pronouns in their bios, spreading COVID-19 misinformation, and drew comparisons of the Holocaust to her conservative beliefs. Detractors claimed this was a violation of free speech and Republican discrimination but fail to acknowledge that Pedro Pascal, who plays the Mandalorian, has a transgender sibling. He reached out kindly to Carano to rescind her claims long before she was let go.  After claiming she had learned her lesson, however, she still continued her behavior. This type of behavior can lead to an uneasiness in the workplace and the employer has a right to fire that person causing it. Hollywood is a diverse region with many directors, writers, other actors, and second unit crews that an actor has to work with so Gina would be working with people who either were or personally knew the people she was harassing.

They call these actions left-wing propaganda, but they are only considered left-wing because they choose to present them as such. Conservative politicians and news media know they can turn the masses’ uneasiness with change into fear and present themselves as guardians of Constitutional freedoms while not fulfilling their basic civic duty. These attacks on progressivism happen so frequently, they couldn’t come from mere ignorance. They come from concealing the truth, turning attention to The Muppet Show including disclaimers before uncut episodes and away from the widespread xenophobia going on right now.

Asian Americans have been the target of hate crimes, being blamed for spreading COVID in the country. Terms such as “Chinese virus” or “Kung Flu,” stated repeatedly by former President Trump and others, reinforce a stereotype that COVID and Chinese dissent are intertwined, even if the victims were Americans their whole lives. Similarly, murders of Trans People have increased, with 2020 being the worst in seven years. Without presenting certain groups as layered, fully fleshed out beings, it can make it easier for hate to sour among individuals and create conflicts.

We as a nation or going through a transitioning period of having to rethink racial and sexual identity and to get to a better future, we must re-examine the inequalities of the past. Just labeling everything as “cancel culture” or whatever the buzzword is at the moment, doesn’t change the fact that there are human beings getting hurt. Obviously, a few books and tweets won’t immediately end the violence, but it’s a good starting point to acknowledge the existence and wellbeing of these marginalized groups. With all his faults, Dr. Seuss recognized that with Horton Hears a Who, emphasizing the importance of listening to disenfranchised people and treating them with decency. I can only discuss these issues from second-hand experience, so I greatly encourage you to visit the links below, featuring the voices of these groups. It’s time we start listening to The Who’s.