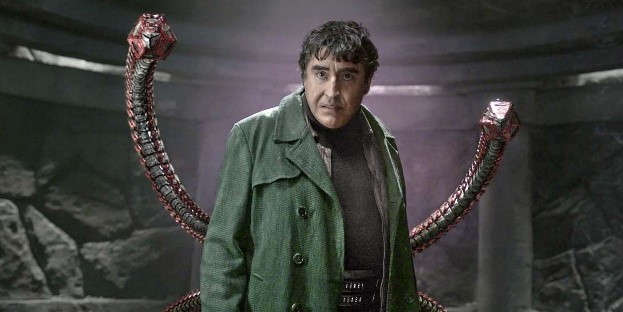 This week sees the third entry of Tom Holland’s Spider-Man series, featuring the villains and other Spider-Men from the previous live action iterations. With millions are speculating online, its opening weekend sold out, and being a crossover of this scale, everyone seems to be hyped for No Way Home — except for me. Despite having grown up with the previous films and being a die-hard fan of the character, my anticipation is strangely mild at best. There were several possible reasons that crossed my mind: fatigue of superhero films, that the MCU version hasn’t appealed to me, or concerned NWH will retcon the impact of the previous films. In the end, I realized the true reason that’s kept me cautious: it’s a multiverse movie.

Once conceived for high concept sci-fi in the comic books, the multiverse has been wasted on the studios promoting their IPs (intellectual properties) and distracting the audience from the movies’ weak scripts. Prime examples being Ralph Breaks the Internet and Space Jam 2, where the characters literally tour across the studios’ websites, interacting with the IPs without adding much to the narrative. At best, the multiverse is tacked on without impacting the story i.e., Ready Player One. To No Way Home’s credit, the multiverse does take center stage in the narrative with a potential impact on Peter Parker. His indecisiveness causes this mess, and it’s his responsibility to resolve it. The filmmakers still run the risk of a convoluted narrative and miss the appeal of the returning characters, nonetheless.
The idea of seeing the past actors reprising their roles is an exciting prospect, but actors, though vital, don’t encompass the entire character. Willem Dafoe brought the Green Goblin to life with his sinister voice and body language, but he still relied on the filmmakers to deliver that performance. The script provides the characterization, the cinematographer sets the shots to emphasize Goblin’s malice, and Sam Rami directs him to fit the feel of the film. All the characters will be limited to the MCU’s level of tone, characterization, and storytelling. There’s one scene where Peter and friends laugh at Otto’s name, and Doc looks dumbfounded. Given his character, he should be more annoyed. “You’re really getting on my nerves.” These characters were created specifically for the world and tone of their films, but the trailers make them feel like just more MCU villains. It’s another problem with the multiverse where studios use the IPs to replace the filmmakers.
I’m still looking forward to the film, if anything to experience the film with other fans and be a part of the experience. Though I can’t help but suspect No Way Home will just be one more nostalgia-heavy blockbuster from an industry filled with them. Not helping the film is that it’s not even the first of its kind. Spider-Man: Into the Spider-Verse took full advantage of the multiverse, featuring a diverse group of webslingers in stunning animation and an emotionally resonate story. Following that up with three regular Peter Parkers can’t help but feel like a downgrade. Marvel has a vested interest in the multiverse concept, and we’ll see how well it gets incorporated into the universe. Nevertheless, what has everyone hyped about No Way Home is exactly what worries me.