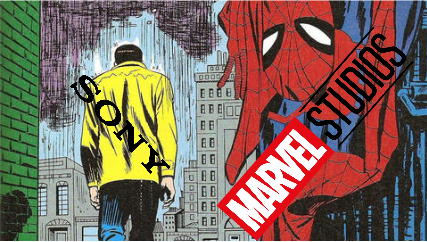 By Andrew Jenck
Spider-Man is no longer a part of the Marvel Cinematic Universe, maybe. It’s not official but at the same time it sounds official? The point is, Spider-Man’s future as an Avenger is in limbo. For those unaware, Disney wanted to have a new deal in which they and Sony would split the budget and box office revenues for Spiderman film rights, in which Sony disagreed. This may seem fair at first glance, however, considering Spider-Man: Far From Home made over a $1 billion dollars off a $160 million budget, their ROI would decrease significantly.

No, Disney isn’t just going to buy a Japanese tech company that has major stakes in video games with the PlayStation. No, Disney will not just buy Sony’s film division anytime soon, as they already have their hands full with Fox. No, Spider-Man becoming popular again, thanks to the agreement, doesn’t entitle Disney to have that large of price in the franchise. Heck, Disney still has the merchandising rights, so they were still profiting off of the movie’s success to a great extent.
You may think that I don’t blame Sony for this decision after I delved into the implications of Disney owning a once-competing studio, and you’d be right. Granted, Sony was quick to jump the gun, as they may feel more confident that they can handle things with one less studio to negotiate with. With two movies under their belt, they probably think they have enough of a footing on this character and will just focus on the fallout of the big twist from Far From Home. Tony was the only MCU hero that Peter had a significant relationship with and now that he’s dead, they can take him out pretty easy. Hawkeye’s absence would have more of an impact than this one. Bottom line, this was a case of two studios who were already treading on a foundation built on sand. If there is one thing they can agree on: Spider-Man to them is just a financial asset; one that Sony sees as more valuable to them than to Disney.
How do I personally feel about this as a Spider-Man fan? Indifferent. I don’t have much investment in either studio’s future, and I found the MCU’s take on the Web-Head so underwhelming that I consciously skipped Far From Home. One of my issues was that Spidey was so tied to the MCU branding, that he lost his individuality to the point where both his major super villains had vendettas against Stark and he was just an obstacle for them. While this could be potentially interesting, it doesn’t automatically fix my other issues, such as the tiresome humor, the uninspired direction, and the inconsequential drama. Despite Marvel’s involvement, the solo Spider-Man movies were still Sony productions; they had final creative say, and Tom Holland and the rest of the cast were on its payroll. My best guess is that it will have the same tone of the previous installments and dance around the MCU continuity, but I can’t say for sure.
However, I can say this with full confidence: Spider-Man does not nor never has needed to be part of a shared universe to have good stories. The Marvel Comics universe is mostly segregated, with occasional overlaps, into four divisions: Avengers, cosmic sci-fi, mutants, and street-level New York. Spidey has near-unanimously operated in the latter in which most of his adventures were smaller scaled and interpersonal. Stan Lee even wrote a whole story showing that he had no interest in Spider-Man joining the Avengers because it would conflict with his personal life too much. Sure he’s been part of dozens of team-ups, would play a role in the universe-wide crossovers, and eventually joined the Avengers. As of now, however, he’s at best a part-time member. So for those worried that his quality of films is going to decrease, reserve judgment until we see a trailer because Spider-Man isn’t homeless. He’s just renting out the same space he has been in for 20 years now.
You may say that Marvel Studios is the only company that can give him justice and that no other studio can match their quality. I mean fair enough. It’s not like there was this ground-breaking animated movie that came out last year that surpassed most, if not all, of the MCU films and worked on so many levels that it was the reason I planned out this series…