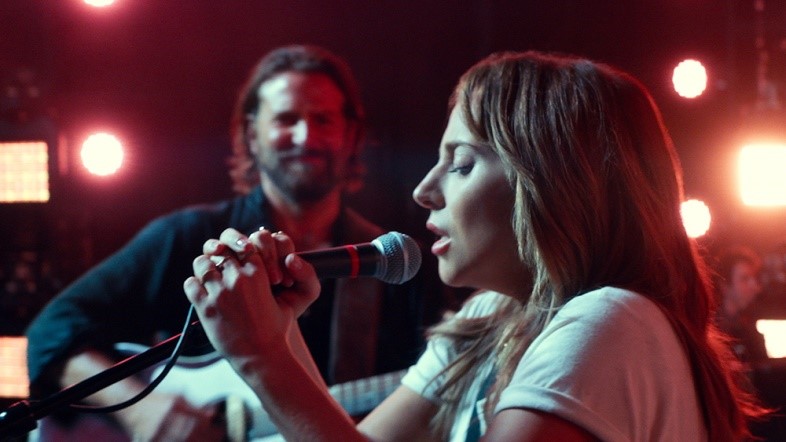 By Andrew Jenck
Being a 4th year college student, it can be hard to put out a new review on a weekly basis let alone actually seeing movies, so I really appreciate that my fans have stuck with me and get excited for a new piece. I do plan on putting out reviews for Academy Award nominee 2018 films and new movies in the coming weeks, though some of them may be compilations, such as this one.
Here are my thoughts on one of the Best Picture Nominees and one of this year’s biggest Oscar snubs.

A STAR IS BORN
There may be a good chance you actually saw this one, given the popularity of the song “Shallow” and the big name leads. Bradley Cooper makes his directorial debut with a traditional, but well executed story. Cooper knows which shots best fit the mood for this piece, whether it be close for intimacy, dizziness to demonstrate a characters’ alcoholism, or the anxiety of getting on stage for the first time. Instructing a second unit while also taking on a lead role is no easy task, but Cooper does an admirable job. Lady Gaga is also great as demonstrated with her powerful voice that carries the songs extremely well. There was also a lot of thought put into the soundtrack in how it elevates the story and works with the characters’ development seamlessly. I specifically like how there is an intention sub-par pop song to demonstrate how Gaga’s character is becoming more of a commercial product. Impressively, the film portrays the music industry very realistically, as the commercial agent treats Gaga’s character well on a surface level but is seductive and knows how to say the right words to keep his clients on board. A Star is Born is not the most original premise, falls into some of the typical clichés, and has some too obvious foreshadowing, but it is a solid film with a good amount of heart to it.

WON’T YOU BE MY NEIGHBOR
A documentary about the life and career of public television host Fred Rogers was inevitable, but could also pose a challenge to approach. This could’ve easily had been on par with a Lifetime special in which Rogers’ friends and loved ones just go on about how great he was and how he possessed no flaws. While this film does cement Mr. Rogers as the genuine article, the film pulls no punches of just how radical Rogers was in his approach and beliefs. The documentary shows how much Rogers valued children’s entertainment and how he felt it was being mishandled with such shallow, commercial products. He was someone who respected kids’ intelligence, never talked down to them, and discussed serious issues in a way kids could understand. The interviewees talk about him and their experiences with reveal more to his persona that wasn’t seen on show, and the editors cut to archival footage of Rogers that makes it look like Rogers was interviewed specifically for this film. Make no mistake, this is not a feel good movie, as it will show the unfair controversy Rogers gained during his career and will force you to embrace the hard truths of the world, but it still finds a nice balance of sentiment. Whether you grew up with Mr. Rogers’ Neighborhood is irrelevant; anyone can enjoy this film and will be inspired by Rogers to build upon his legacy in his or her own way.