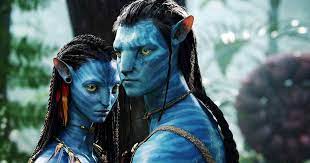 In 2015, I was heavily rooting for The Force Awakens to finally overthrow Avatar as the highest grossing film of all time; citing all the criticisms of that James Cameron-directed sci fi film. Fast forward to 2019, Avengers: Endgame finally topples it, and I felt complete indifference. Even when Avatar retook its crown after being released earlier this year, I still didn’t feel anything.

Detractors point to how cliche and simple the narrative is, relying heavily on gimmicks and visuals. However, all the previously highest grossing films had simple stories and groundbreaking effects, providing the framework for emotional narratives. Snow White is a fairytale. Jurassic Park is a classic ‘man messing with nature’ story. Star Wars took heavy inspiration from the Hero’s Journey inspired by Joseph Campbell. A cliched narrative works as a solid foundation for the filmmaker to build off of, giving the audience familiarity while introducing them to a new world. The narrative of a private army exploiting resources of an inhabited planet is a decent allegory for colonization and prejudice against indigenous people and gives the audience relatability in an unearthly world like Pandora.

The real issue is that it’s not built up enough. Despite the visuals alone conveying the emotions, Sam Worthington delivers a monotone exposition of explaining his thoughts, kneecapping the scene of resonance. Fox, perhaps wary of investing so much in an original IP, may have pressured Cameron to include the monologues believing the audience had to be explained. Cameron, at the same time, puts too much emphasis on worldbuilding, leaving character moments lackluster. Character traits are only told, not fleshed out, i.e. Home Tree is said to be this sacred place to the Nav’i, but they’re never shown in their natural state. Titanic made the ship feel lived in, and showed the full scope of the passengers’ lives, making it more emotional when the ship sank. If Pandora is supposed to be the central character, the film could have slowed down to let the atmosphere sink and appreciate its wonder. Avatar is a briskly paced, well-directed, and has mostly stellar effects with several narrative issues resulting in an enjoyable but underwritten film.

Avatar may have benefited from its gimmicks for its box office success but such is necessary to lure massive crowds, and Avengers: Endgame is no different. Its gimmick was being a finale to an interconnective story set in a cinematic universe unlike anything seen before and would soon be spoiled by social media. The marketing essentially demanded the audience to see the film immediately or the experience would be tainted. “#Don’tSpoilTheEndgame,” they would say. I realized that Endgame didn’t temporarily outgross Avatar because it was more emotionally satisfying, rather a new gimmick had taken audiences by storm and that gimmick was brand recognition. Even if you want to argue Avatar was style over substance, Endgame didn’t topple Avatar until it was rereleased with an unfinished CGI Hulk sequence.

Gimmicks aren’t inherently bad and are necessary for innovation. Theaters themselves are gimmicks: they charge more for a movie with larger screens and better sound, which Avatar was made for theater viewing. I was not fortunate enough to see Avatar in theaters, but 10 years later, I discovered one film that I really liked that I didn’t want to see at home: Avengers: Endgame. Having binged the previous MCU entries, experiencing it on opening night in a packed theater with my friends made it feel like you were part of this global phenomenon, and that experience is impossible to relieve on repeat viewings. When I have children, I may relive that same magic with them, but for now, I don’t want to diminish the theater experience.

Cinema provides a spectrum of emotions that can powerfully resonate, all the highest grossing films in some way resonated with audience members, and couldn’t achieve massive appeal if they weren’t easily accessible. More intellectually demanding films can be successful, but a film can only be number one when it broadens itself to everyone. It has to be simple, novel, and eventful. Both Avatar and Endgame made audiences feel like they were part of an event, offering a thrilling theater experience. Gimmicky or not, that’s cinema.