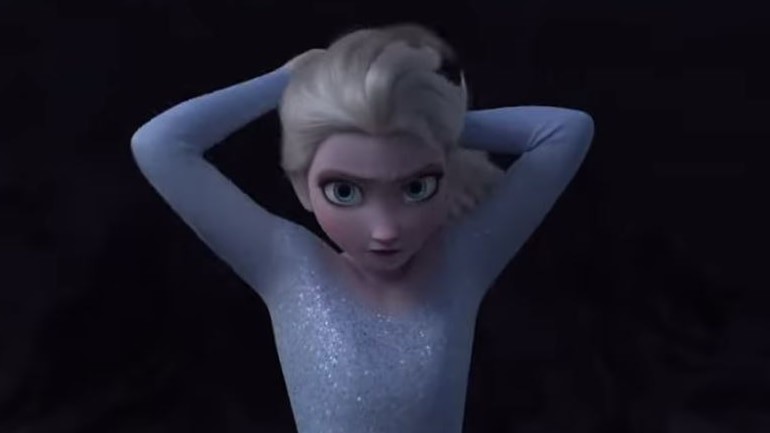 By Andrew Jenck
How do you follow up a phenomenon? Making a sequel to a well-received film is hard enough but to do so for a film that took the world by storm such as Frozen is a monumental task. Frozen was a film for everyone. being fun and cute for kids but also layered and nuanced for adults; a massive success that took even Disney by surprise, and therein lies the problem: everyone expects to be subverted again. Everyone expects a song to match “Let It Go.” Everyone expects so much from this film. Does Frozen II live up to such a standard and recapture the magic? Not quite.

Now you hold your magical ocean horses, moms. I do like this movie, albeit with some major issues. Jennifer Lee, co-director and writer for both films, was promoted to Chief Creative Officer of Disney Animation, following John Lasseter’s departure, while Frozen II was in production and needed assistance to finish the screenplay. Hence, attention to detail and subtlety that made the first film so successful seem to be either lost or lessened. Parts of the story feel like an eleventh-hour scramble, and I could feel the filmmakers struggling to add onto a previously self-contained story.
One of the film’s strongest suits is again the two princesses. Elsa and Anna are the first Disney princesses to be portrayed in their early 20s, a time of life when, despite being an adult, you’re still figuring out the world and wanting to prove yourself. The siblings are more mature, and taking on more responsibility. I also appreciate that there’s no meta-commentary on the Disney clichés this time around; just lets the capable leads be capable leads. The character interactions are well done overall, provided when they’re not interrupted. The pacing feels rushed with set-pieces coming to introduce the elements of the enchanted forest so quickly that it interrupts the film before it can dive deeper and go to new places. Said pacing issues are not exclusive to this film as I’ve noticed this in many recent family films. I’m sure people will argue that you’ve got to keep the kids entertained, but the original film had slower moments and more breathing room. That’s what made it the most popular animated film of this decade.
It is a shame that we can’t let things sink in because the animators put a lot of work into the atmosphere. Visually speaking, the film is stunning, creating a gorgeous, autumn world. The cinematography is some of the best from Disney Animation in the past two decades which makes the film worth seeing on the big screen alone. The animators expand on Elsa’s powers in creative fashion, which I can imagine came from weeks of brainstorming sessions. Some sequences, such as Elsa battling the sea and “Show Yourself,” had my audience of little kids silent; even I was breathless.
I wish the setting could provide more visual storytelling, as the film does feel more hand holding. The songs are nice, but most of the lyrics feel like they have to explain all the emotions rather than fueling them. There always have to be characters explaining past events, sometimes even character development. The same building blocks are there but lack a well-designed blueprint.
Despite my complaints, Frozen II is not a cash grab. Cash grabs are lazy; the only emotional response they receive is annoyance and contempt. In an age where things are thrown together quickly for kids, I do appreciate the sincerity and effort. Frozen II will likely receive a mixed reaction from audiences with some loving it, others being underwhelmed, or people, such as myself, being somewhere in the middle; but yes, your kids will love it. I am intrigued to see where Lee takes Disney in the coming years, and hope that she and the rest of the team can build off of this film’s strengths while improving on its weaknesses.