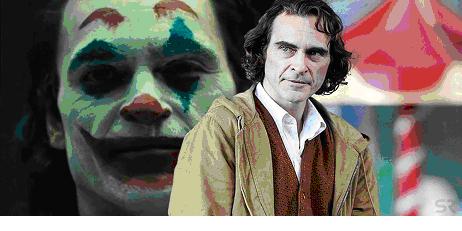 By Andrew Jenck
I guess I’m supposed to start out this review by commenting on how oversaturated the Hollywood landscape is by comic book adaptions, and lead into how Joker is a true revelation for the genre. However, I am a bit less surprised about this film’s existence, as more experimental super hero movies have appeared in recent years with the likes of Logan, Deadpool, and Spider-Man: Into the Spider-Verse. While the filmmakers and studios deserve some credit for going for such a radical take on such an iconic figure like Batman’s arch nemesis, we do need to judge these as movies themselves, solely through the mindset of whether it’s a more in-depth character study than Ant-Man and the Wasp.

With that in mind, I found Joker to be rather underwhelming. The film has opinions across the board, so I will point out what I liked, disliked, and suggest how others may feel about it. Joker feels as if the mindset was more focused on the visceral and technical side than the narrative itself. The cinematography, score and the direction in most cases are top notch. Joaquin Phoenix as Arthur Fleck, however, is the standout of the piece and will likely be the one aspect people will unanimously agree about. He has the rubbery face, the sadistic grin, and keeps you intrigued throughout the film, and that’s especially good considering the script falls pretty flat.
While I won’t call this a watered down Taxi Driver like other critics since, as I’ve said before, the technical side is impressive, but it does feel like director and writer Todd Phillips, best known for his comedic work, is out of his league. Based on his filmography that I’ve seen, he doesn’t strike me as being nuanced or precise. Arthur’s character development is understandable but sloppily handled. Taxi Driver, which Joker takes heavy inspiration from, developed Travis Bickle with more precision; everything contributed to his character development and always had some sort of presence. Joker, on the other hand, feels convoluted where plot threads stop in their tracks in order to develop others. There are his relationships with a talk show host played by Robert De Niro, and Thomas Wayne, the execution feels so muddled. There is a mixture of issues from the 2010s, but the film is set in the 1980s, possibly to make some sort of connection to the two time periods, but it is not achieved.
Nowhere is this better exemplified than in its portrayal of Gotham City itself. While the architecture and design is there and you get a sense of the city’s attitude, the way the citizens themselves react to one of Joker’s actions feels completely rushed and would often be out of focus for a good portion of the run time. A better way would’ve been to have the citizens have more of a presence throughout the film.
For many, Joker’s visuals, ideas, and lead performance will be enough to qualify as a satisfying experience. However, I am someone who prefers the more nuanced and subtle approach, none of which I find in the picture. Todd Phillips, in my opinion, lacks the cleverness and writing skills to pull off his ambitions. While it is nice to see a film of this scale and budget become a big hit and consider that it could inspire more off-the-wall approaches to comic book movies, I hope filmmakers use Joker more as a launching point than benchmark of quality.