On Friday, August 2, 2019, at about 8:32pm, Tillamook 911 received a report of three male individuals being pulled further out into the ocean from near the Nehalem Bay State Park. They were reported to not be wearing wet suits but were just wearing shorts. Law Enforcement, Fire Personnel and USCG were all dispatched. Manzanita Police arrived on scene at about 8:40pm. Upon arrival, reported that all subjects were out of the water, but one was unconscious, and CPR was in progress.
The subject, later identified as Vladimir Kravchenko, 38, of Vancouver, WA, was transported by Tillamook Adventist Ambulance to Adventist Hospital where he was declared deceased. The victim’s family who were staying at the Nehalem Bay State Park, were at the hospital.

A friend of Mr. Kravchenko advised Sheriff’s Office personnel that they had been swimming in the surf about 50-100 yards out when they began to get pulled further out. They all decided to swim back to shore. The friend said he tried to help Volodymyr but began to get extremely tired so started to swim out of the rip current. Other swimmers assisted in retrieving Volodymyr and began the CPR.
Since January of this year, Tillamook County First Responders have been called out to 27 water rescues. At least 22% of these were related to individuals being pulled out in Rip Currents. A Rip Current is a relatively narrow fast moving current in the beach surf zone that moves away from the beach. Some of these are very strong and fast and can also have undertows. They occur along the beaches of the west and east coast. When you combine these currents with the cooler water temperature, currently the ocean temperature in that area is around 59, and the windchill resulting from the higher beach winds, even the best of swimmers can find themselves in trouble. 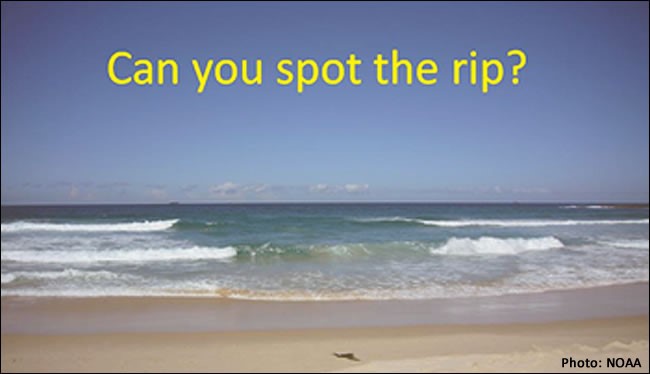 Lt. Gordon McCraw, Tillamook County Emergency Manager offered these safety tips. If you find yourself in a Rip Current, first, stay calm, don’t try to swim against the current, swim parallel to the coastline until you get out of the current. Once you are free of the current you can begin to swim back toward shore. If you are unable to escape the current, just float or tread water. If you need help, face the beach, yell, and wave your arms and continue to float or tread the water. Never swim alone and have someone designated to watch from the beach and consider wearing a life vest. This year, through July 24th, the National Weather Service shows 29 Rip Current related drownings in the U.S.