A historical set of questions to ponder, whether Jew or Gentile, as we think back to the recorded events of 2000 years ago. It was a special time in history, and this is a special time of year. I wrote this two or three years ago and placed it on a Jewish prayer shawl.

Was it Judas, who betrayed Him and made a deal with the Chief Priests to arrest Him?
Was it the Temple Guards of the Sanhedrin?
Or the Roman Soldiers who helped carry out the arrest?
Was it Annas, Caiaphas, or the religious leaders?
Was it Pontius Pilate, the Roman Governor?
Or Herod, the Tetrarch of Galilee, who questioned Him?
Was it those who cried out for Barabbas the robber to be released instead?
Was it those who beat Him, or nailed Him to the cross?
Or those wh mocked Him as He died?
Or was it all of us, who like sheep, have gone astray?
Jesus Himself gave us the answer:
“No man can kill Me without My consent — I lay it down voluntarily.
For I have the right and power to lay it down when I want to,
and also the right and power to take it again.
For the Father has given Me that right.” – John 10:18 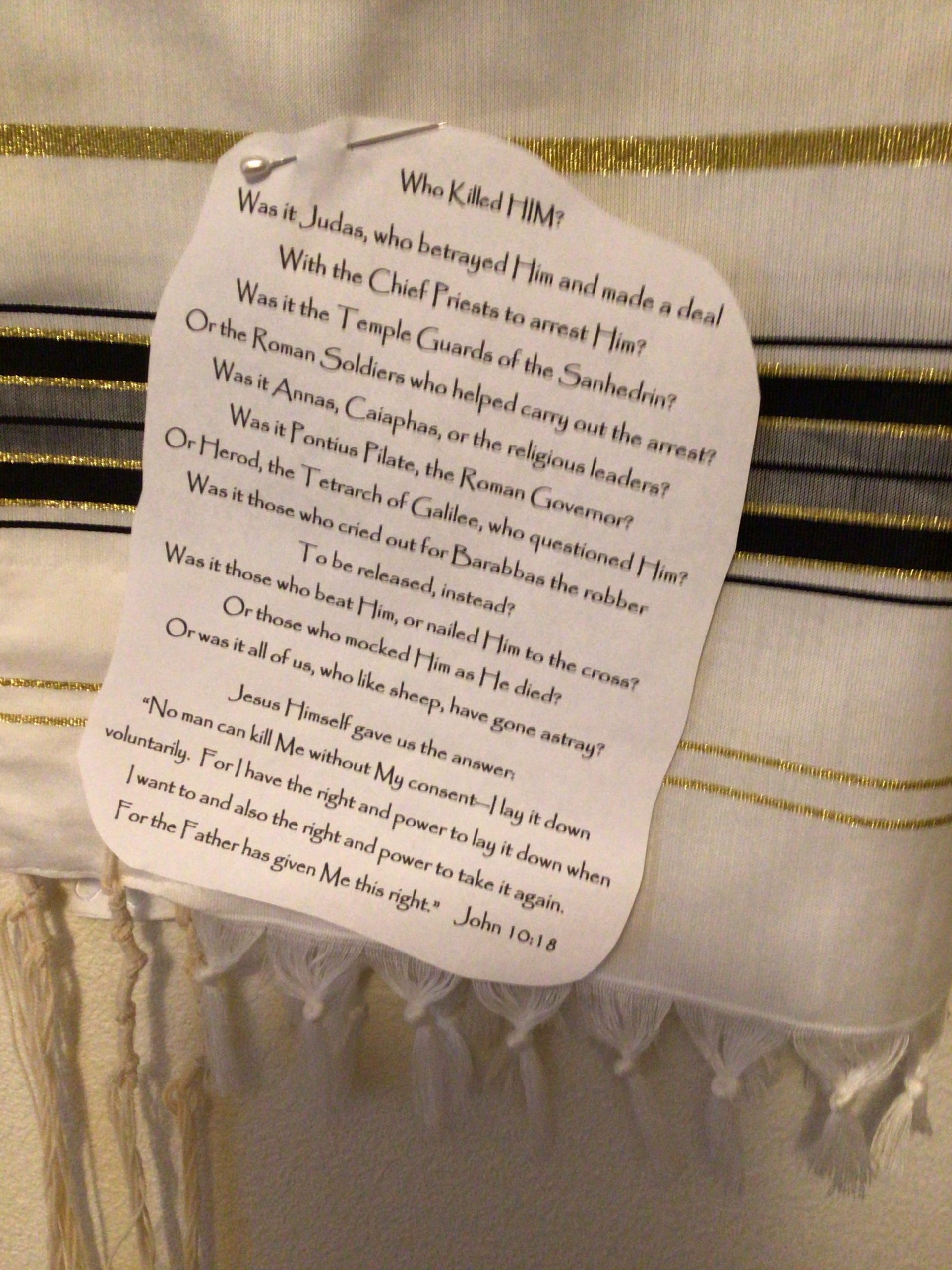