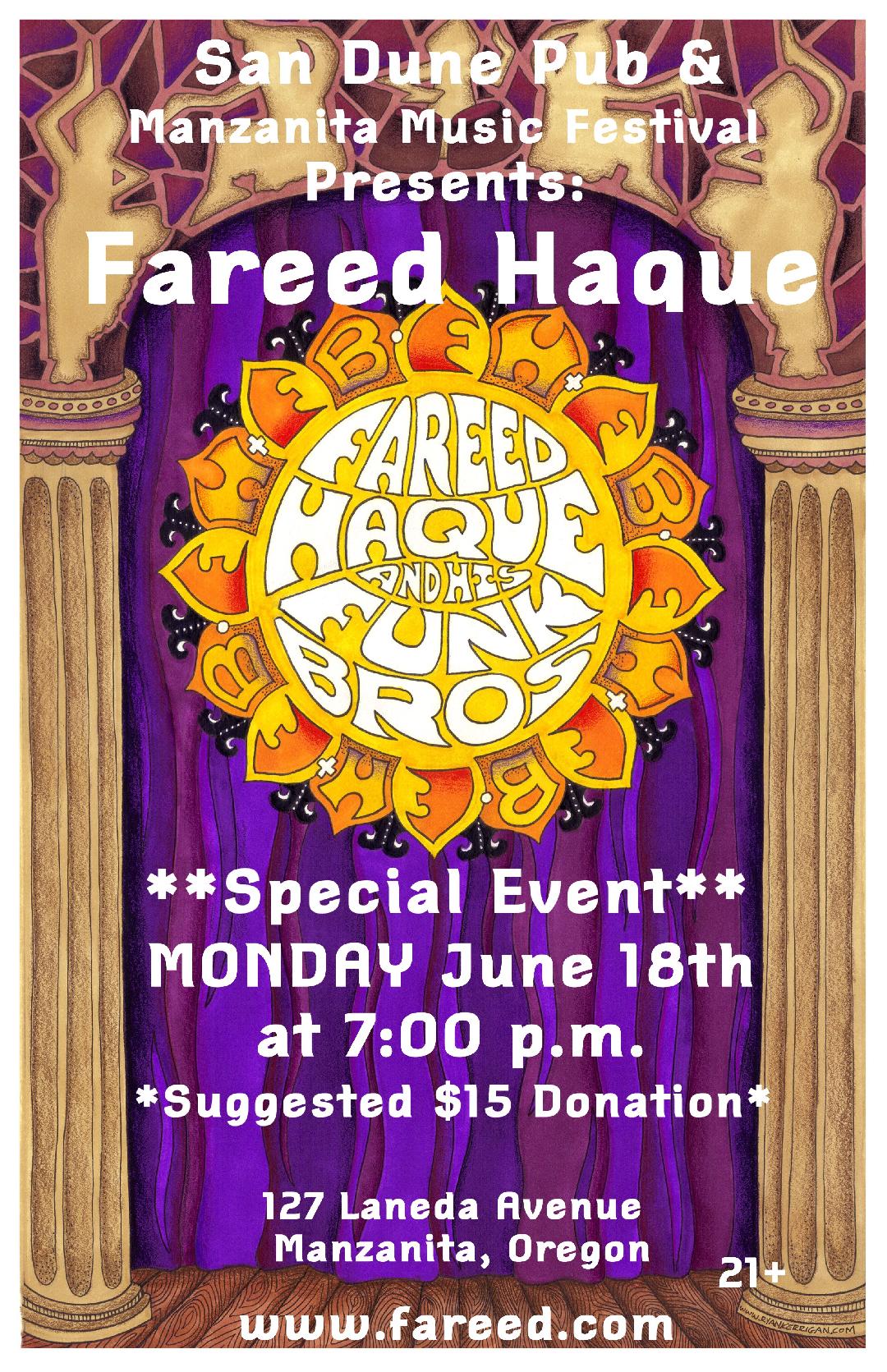 Manzanita Music Festival and San Dune Pub present a very special evening of music from renowned guitar virtuoso Fareed Haque, along with his band the Funk Brothers, on Monday, June 18 at 7 pm. 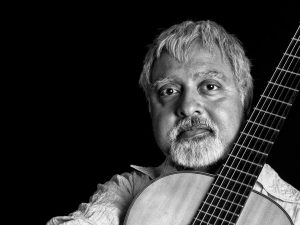 Since 2011 Haque has returned to his first loves, jazz guitar and classical guitar. He been busy performing and recording with his trio featuring legendary B3 virtuoso Tony Monaco, his own trio and jazz quartet, as well as his larger world music group the Flat Earth Ensemble.
In addition, Fareed has performed at the Chicago, Detroit and Java Jazz festivals and was featured as part of the Made in Chicago Series performing with his numerous groups at Millenium Park’s Pritzker Pavillion in Chicago.
Haque continues to tour and record extensively along with documenting his unique teaching methods in a series of best selling interactive video courses through TrueFire.
This special performance in Manzanita highlights Manzanita Music Festival’s mission to bring music and music education to the local community as well as Fareed’s own passion for making diverse music education available.
The 2018 Manzanita Music Festival (coming, September 14-15) is creating a scholarship fund for local school music programs that will provide instruments to kids that cannot afford to purchase them. The program will provide an instrument for an entire year for as many students as possible in both local middle and high schools.
A $15 donation is suggested for the event. San Dune Pub is located at 127 Laneda Avenue in Manzanita.
To learn more about Fareed Haque, visit www.fareed.com