BANDON, ORE. — Members of the Unified Command responding to the Ann Kathleen incident continue containment and cleanup operations on the coast near Bandon, this week.
The four fisherman aboard the Ann Kathleen abandoned ship after the vessel caught fire and were rescued by a good Samaritan crew aboard the 31-foot commercial fishing vessel Lynoma on May 2, 2019.
Since the initial fire and beaching of the 64-foot commercial fishing vessel on Thursday, partner agencies have removed 1080 gallons of diesel fuel from the vessel.

Six 275-gallon plastic totes which are suitable to store and transport diesel were successfully staged and secured on the beach, above the high-tide line and out of the critical areas which could disturb snowy plovers or archaeological resources. 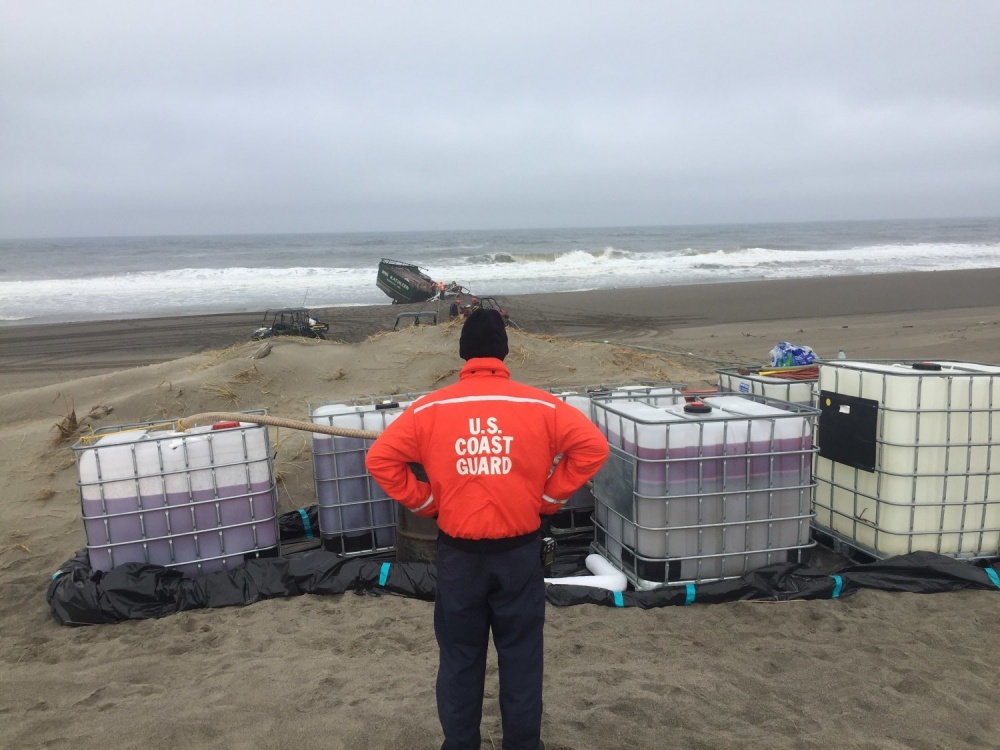 A helicopter delivered the totes to a fuel truck at Cape Blanco Airport, Monday. It also removed an aluminum tank and two large chunks of debris.
Oregon Parks and Recreation Department staff have been working throughout the response to collect and dispose of debris. They will also be coordinating a strategy to remove the wreckage from the beach.
The remote area is difficult to access and Unified Command is advising people not to attempt to reach the site due to ongoing operations and to avoid disturbing critical snowy plover habitats and archaeological resources.