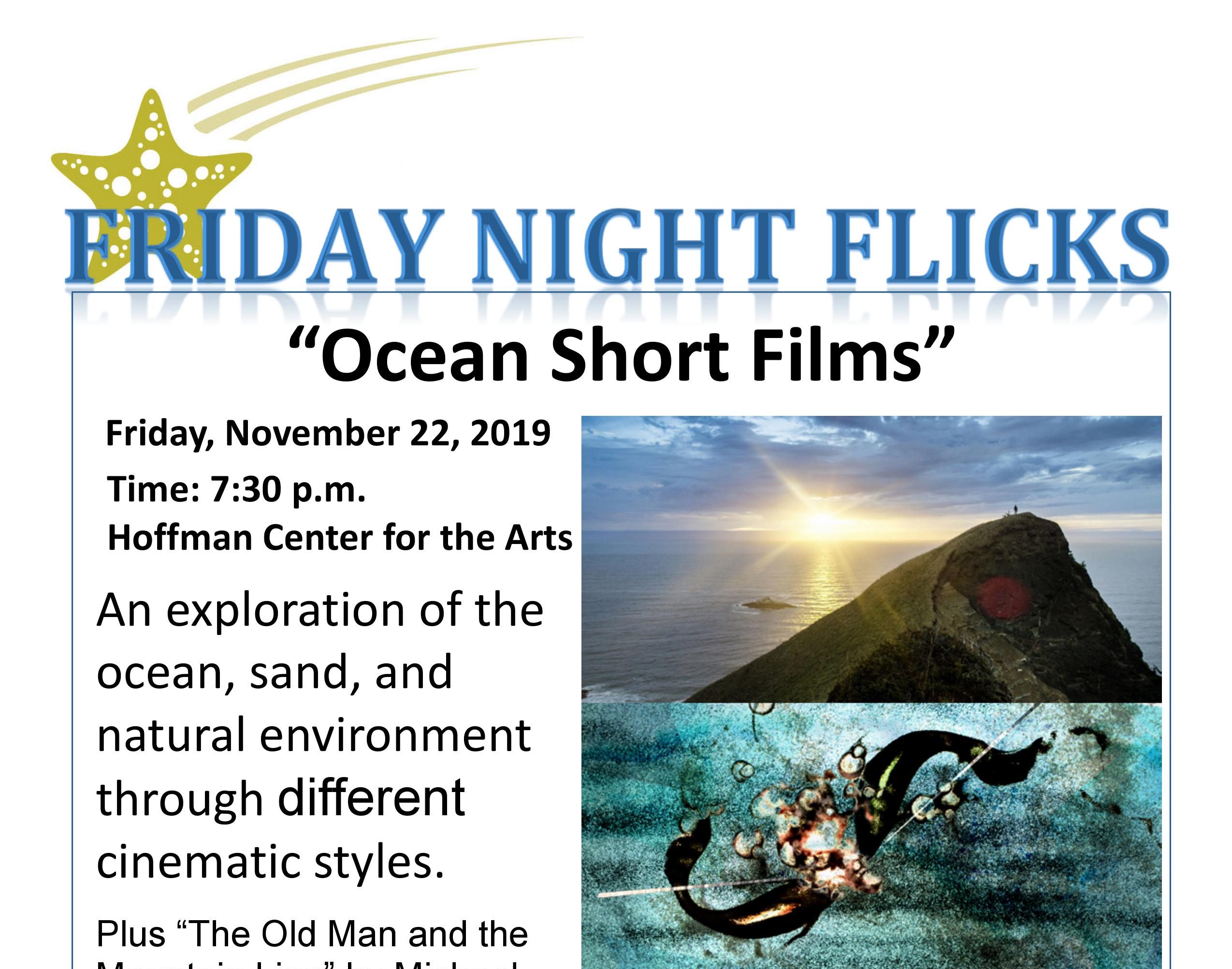 The Hoffman Center for the Arts in Manzanita, and the Friends of Cape Falcon Marine Reserve, will co-sponsor an evening of short films exploring the themes of ocean, sand, and natural environment through different cinematic styles, Friday, Nov. 22 at 7:30 p.m.

The works, whose styles and mediums include sand and salt animation, experimental, and documentary filmmaking, were curated by Michael Harrington, of the Wandering Reel Traveling Film Festival.
Harrington will attend the screening and conduct a Q&A. The program runs about 80 minutes, and admission will be $5 at the door.
The evening will be capped off with a screening of “The Old Man and the Mountain Lion” — a short narrative film which Harrington wrote and directed. 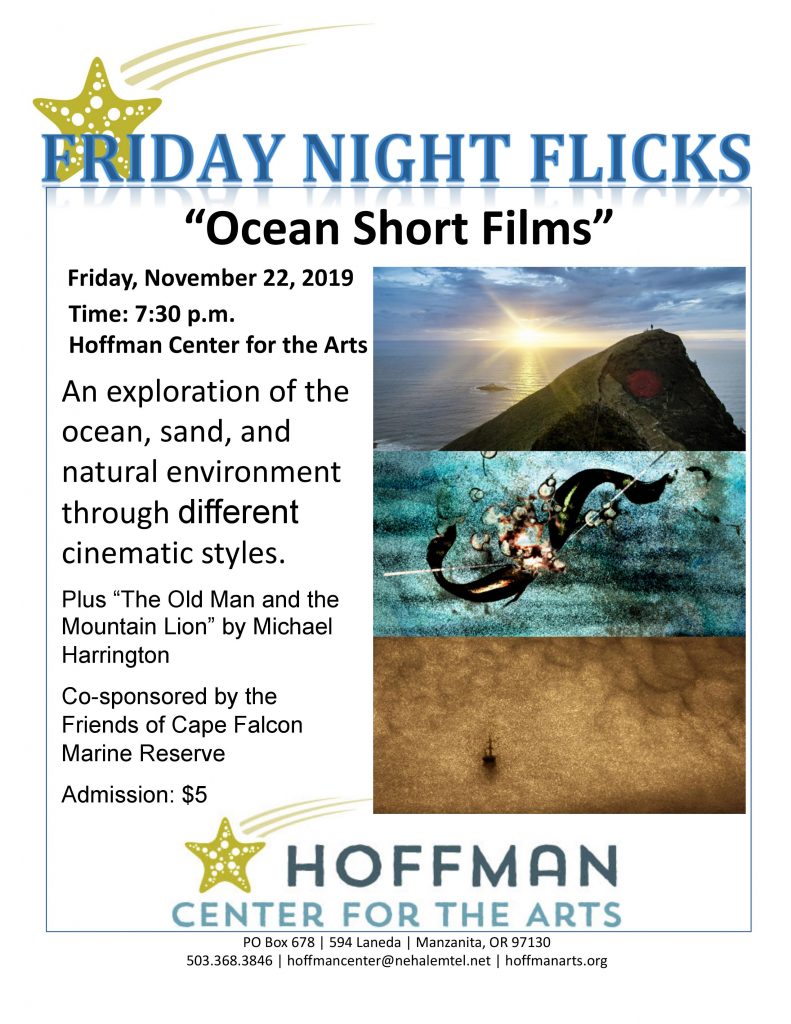 The Ocean Shorts films will include:
“A Tangled Tale” Directed by Corrie Francis Park

Hand-tinted sand becomes a metaphor for two souls as they join and separate. A lonely fish, hooked by an angler’s line, encounters another in the same dire situation. As the two struggle, the physical connection moves deeper.

“Ocean” Directed by Stephanie Maxwell
A dramatic choreography of light and motion in the ocean’s “swash” zone, the turbulent area of water that washes up on the beach. Sunlight on moving water and bottom sand reveal the infinitely animated and ever-changing world of visual compositions.

“The Crossing” Directed by Marieka Walsh
In a stop-motion animation created out of salt and sand, a sea captain risks the lives of his men when he decides to change course, taking his ship through a violent storm.

“The Coast” Directed by Skip Armstrong
The bridge between two worlds — where the known meets mystery – is powerful and unforgiving–and exactly what Hayden Peters was looking for when he traded the city for daily sting of salt water on his skin.

“Beavers and Salmon” Directed by Fran Recht
It’s said that beavers taught salmon how to jump, but the relationship is even more important than that with beaver ponds creating ideal conditions for rearing endangered Coho salmon.

“The Old Man and the Mountain Lion” tells the story of a man who loses his beloved housecat to a predator and sets off into the at-once brutal and arresting Big Sur Wilderness to seek his revenge. The film stars Keith Decker.