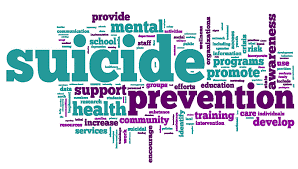 PORTLAND, Ore.—Oregon had the nation’s ninth highest suicide rate across all ages in 2019—a significant difference from the year before when the state was 17th in suicide deaths, according to suicide mortality data published by the Centers for Disease Control and Prevention (CDC).

The data for youth in 2019 were more promising. That year, the rate of suicide for youth ages 10 to 24 decreased for the first time since 2015. In both 2019 and 2018, Oregon ranked 11th highest in the nation for youth suicide deaths. Preliminary information indicates that the youth suicide rate decreased again in 2020, pending finalized 2020 data released by the CDC.

“Every loss to suicide is a tragedy,” said Dean E. Sidelinger, M.D., M.S.Ed., health officer and state epidemiologist at Oregon Health Authority. “Our state has done a tremendous amount of work in suicide prevention in the past two years, including launching new programs that provide emotional support for COVID-19 concerns. While it appears that Oregon has not seen increased deaths by suicide linked to the pandemic in 2020, Oregon’s rates of suicide in recent years are still concerning. After all, Oregon remains above the national average for suicides, and above average for youth age groups as well.”

Call volume to Lines for Life, a regional substance abuse and suicide prevention nonprofit that operates several crisis helplines, has increased annually since 2016. There have been no increases in call volume beyond what’s expected, and of the crisis calls staff answer, roughly the same percent of callers reported thinking about suicide in 2020 as those who did in 2019.

The state continues to focus on improving and expanding suicide prevention efforts. Funding was allocated to Youth Suicide Prevention programming in 2019 and is now available statewide. In 2019, Oregon passed legislation creating an adult suicide prevention coordinator position at OHA that would be responsible for developing an Adult Suicide Intervention and Prevention Plan (ASIPP) for the state to identify action steps that can be taken to reduce suicide among Oregonians 25 and older. More than 100 partners across the state are supporting the plan’s development, which should be completed this fall.

In fall 2020, OHA received federal funding through the Substance Abuse and Mental Health Services Administration (SAMHSA) to support health systems in providing safer and specific suicide care for adults 25 and older through a nationally recognized model known as the Zero Suicide Initiative. This approach aims to improve care and support for persons at risk of suicide served by health systems.

This federal funding has allowed OHA to hire full-time staff to support health systems through training and development of tools that support adults 25 and older in addition to the adult suicide prevention coordinator position providing dedicated staff to reduce suicide among Oregon adults 25 and older. OHA is collaborating on suicide prevention efforts across all ages with partners to reduce suicides and the impacts of suicide on all Oregonians.

If you or someone you know is experiencing a mental health crisis, please know that help is available:

*Click here for link to suicide mortality data published by the Centers for Disease Control and Prevention (CDC).