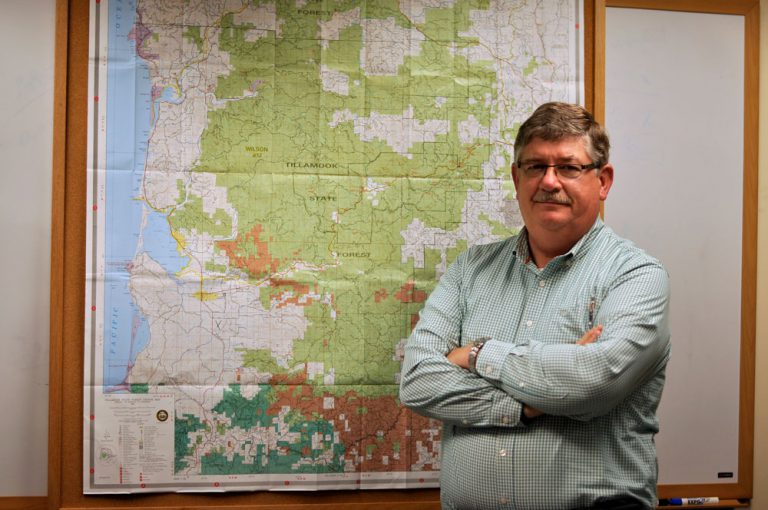 By Gordon McCraw, Pacific NW Weather Authority
A developing offshore flow means low humidity and warmer temperatures today, Thursday April 16th. The winds will become easterly 5-10 gusting to 20 today, the afternoon high around 68 which would give us about a 30% relative humidity. Parts of the valley are under a Fire Weather Watch from this afternoon through this evening as a result.
We can expect sunny skies again tomorrow, Friday April 17th the high up to near 67 but the winds do shift, becoming westerly 10-15 gusting to near 30. The onshore flow pulls in the marine clouds tomorrow night, still breezy, lows near 43.
A disturbance drops down Saturday April 18th and further thickens the marine layer which gives us a slight chance of morning light rain and fog, otherwise we stay mostly cloudy with a few afternoon holes in the clouds for some. More clouds and fog Saturday night into Sunday April 19th, then a low pressure area that the models previously suggested could give us some precipitation next week now appears to stay far enough offshore that we will be more under the influence of a high pressure ridge, meaning we can now expect partly sunny days and mostly cloudy nights, highs near 61, lows near 43 through midweek.

COVID-19 Update
Oregon Cases as of 4/15/20, 8am:
OHA reported 33 new cases yesterday giving Oregon a total of 1,663 Positives.
They also reported 3 new deaths bringing that total to 58 in Oregon.
Locally, Clatsop county and Tillamook County stand at 6 Positives, Lincoln County stands at 4.
To our east, Washington County stands at 364, Multnomah at 430, and Marian at 294. Proof that Social Distancing works!
The age group for the most death is 80+, then 70-79, then 60-69, in that order.
There is still a 95% chance that if you are tested, you will come back negative.
​
​​​