FOREST GROVE, Ore. – Mechanical issues grounded two helicopters before they could assist at the Game Creek Hog Fire. Instead, ODF’s The Dalles Unit loaned two single-engine airtankers to the fire team engaged on the fire. Today, both planes are scooping water up from Hagg Lake and dropping it onto hot spots in the steep terrain of the Elk Creek drainage where the blaze is located. The fire remains entirely within the Tillamook State Forest.
Arrival of an additional hand crew has increased personnel engaged on the fire to about 100. The fire has so far been kept to about 135 acres of the 364,000-acre state forest. 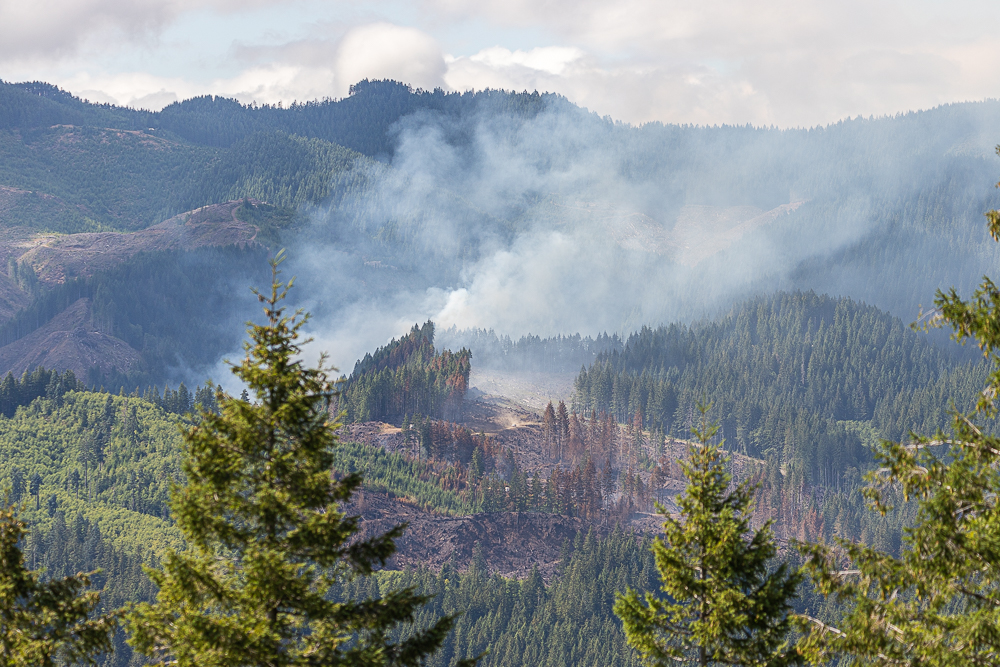 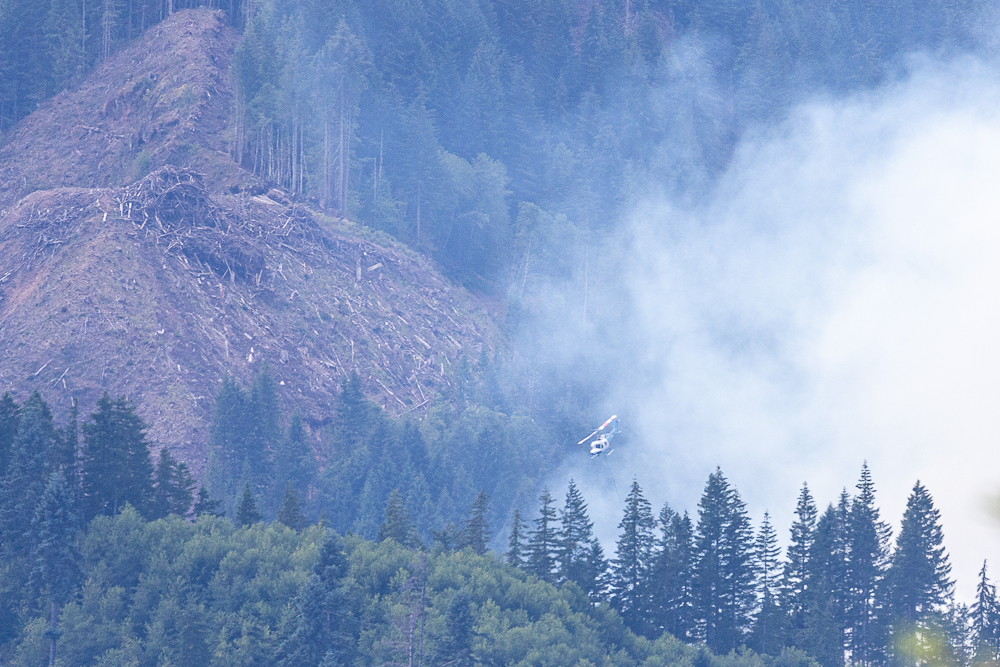 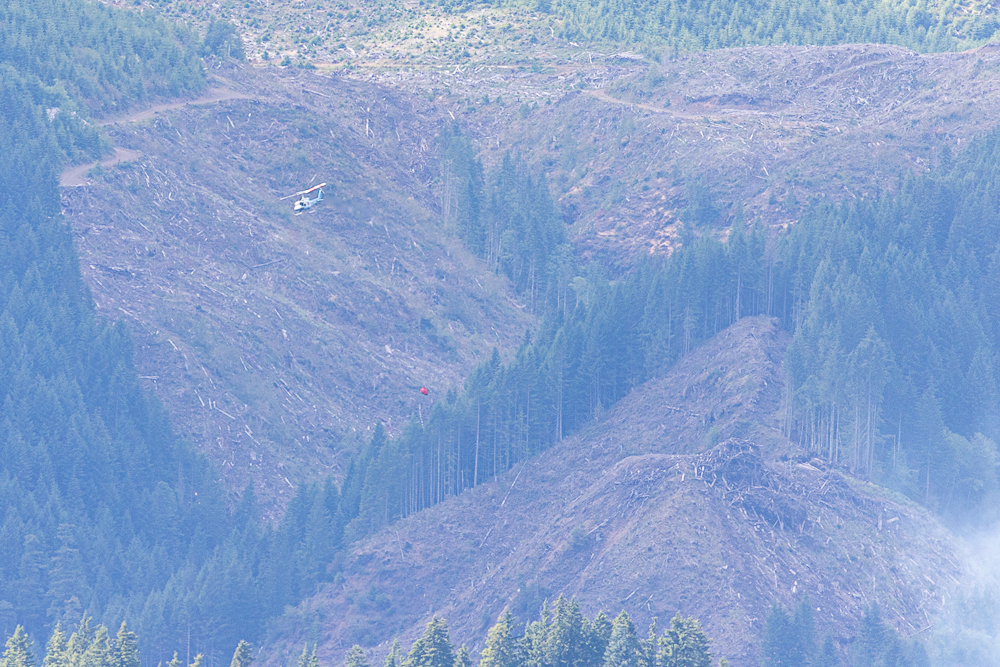 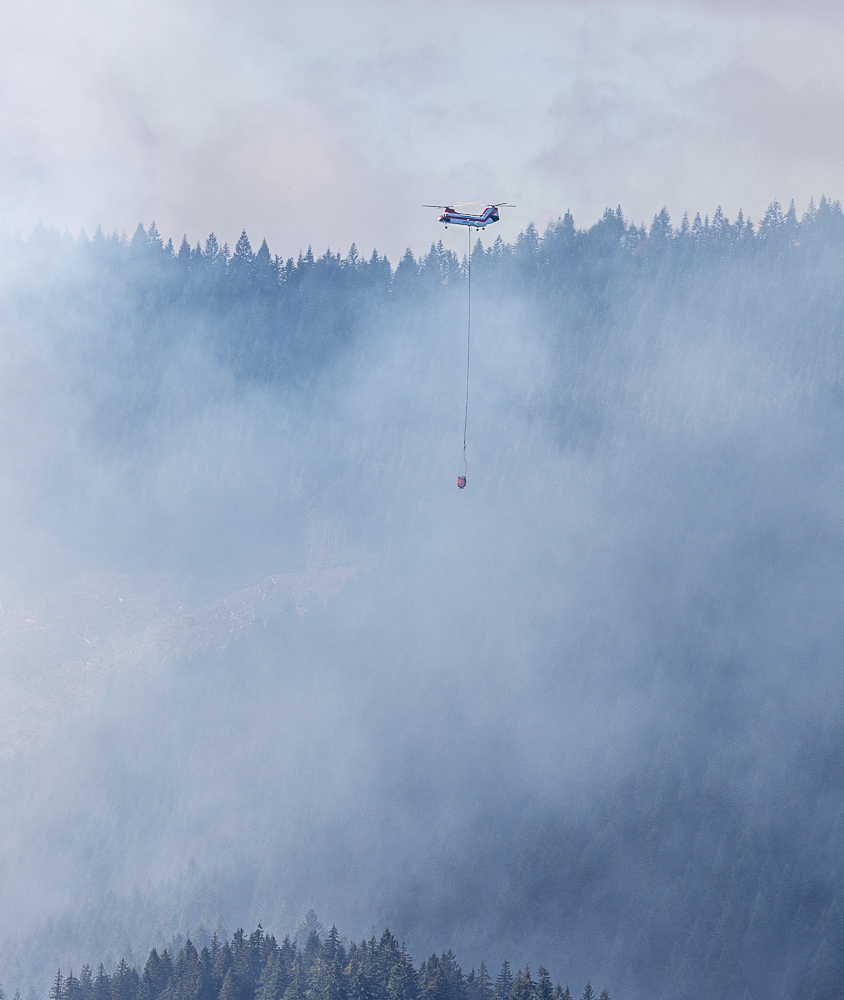 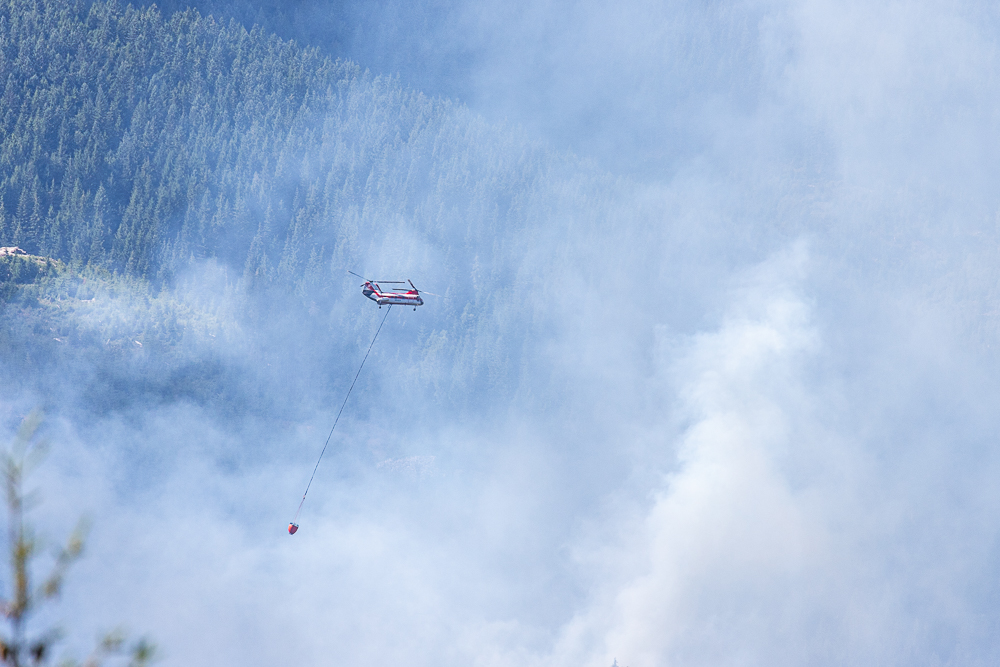 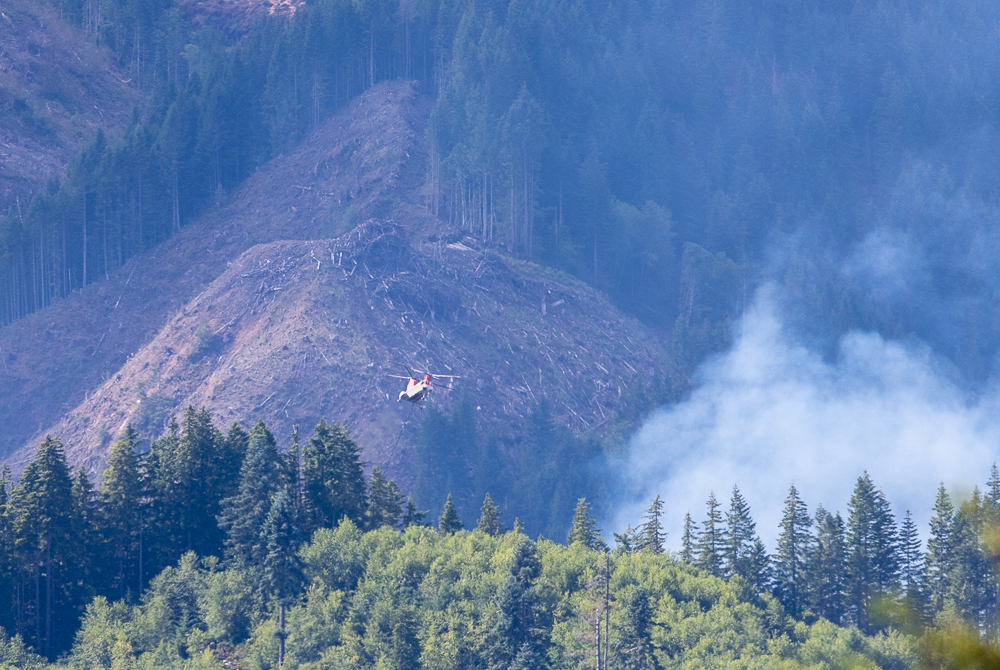 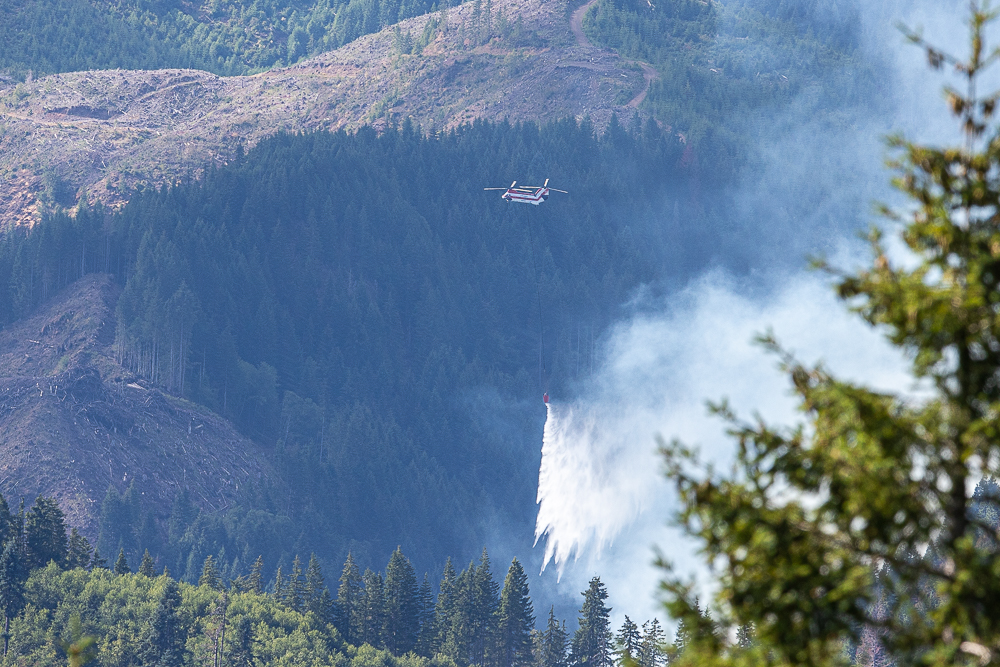 The Tillamook State Forest remains open but visitors can expect smoke in the area. However, the Drift Creek and Idiot Creek forest roads and the Fear and Loaming mountain bike trail remain closed due to fire activity. Also closed is Rogers Camp trailhead, which is being used as a staging area for firefighters. Highway 6 and 26 to the coast remain open and unaffected by the fire, which is burning about two miles north of Highway 6. No evacuations are associated with this fire.

Cause of the fire is still under investigation. 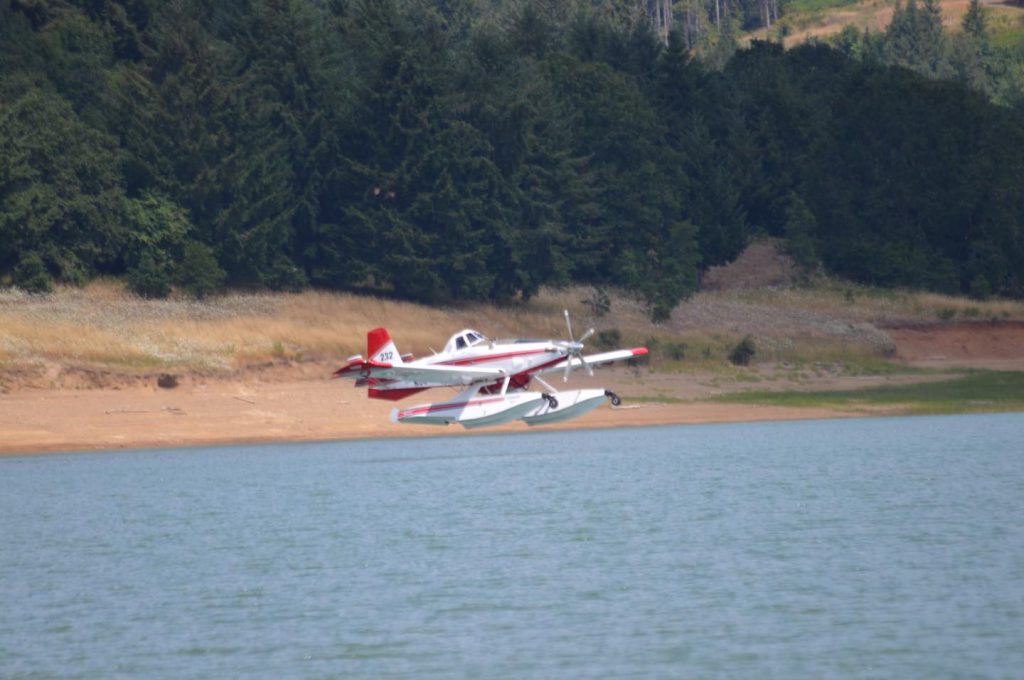 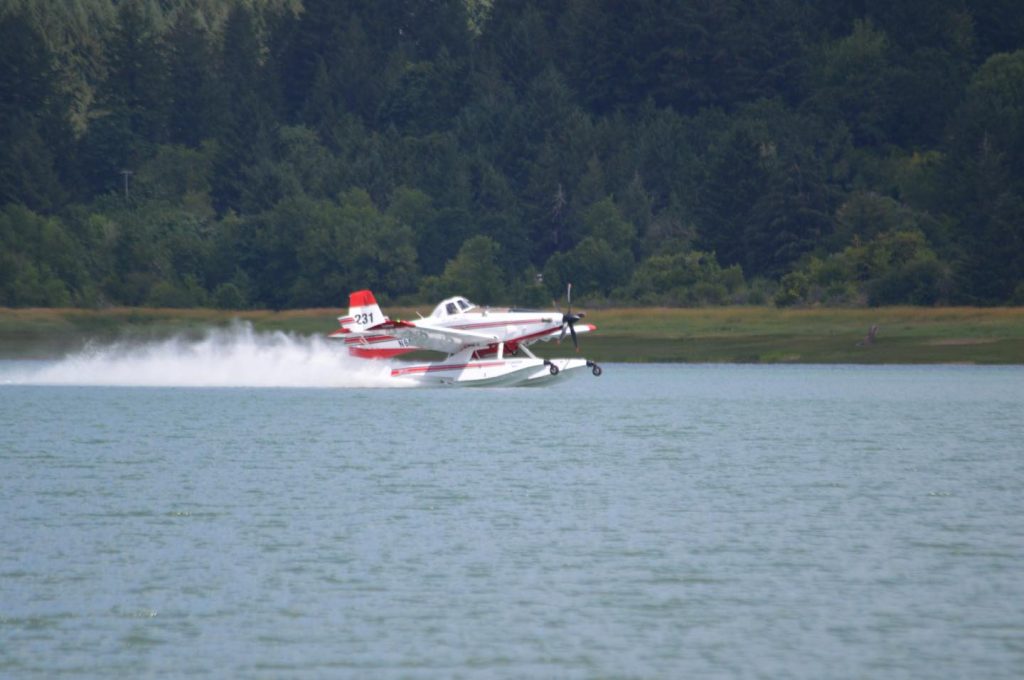