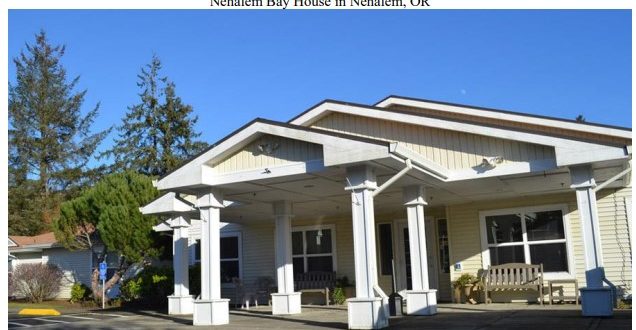 By Glenna Gray
Earlier this week, I took my 94 year old mother to see her next home in Seaside. After losing my Dad a year ago, she was just settling in to Nehalem Bay House, getting to know a few people, and feeling comfortable there. We had a conversation about moving to another home when the level of care started to decline, but she didn’t want to make such a big transition.
Since she entered Nehalem Bay House there have been no activities, I have been in the dining room when residents are coming in for dinner and there is no staff there to assist those who are barely ambulatory. I found out that one of the residents has known since Dec. 23 that he has the covid virus. There are now 7 or more residents with the virus and the families have never been informed, either of the outbreak or the lockdown! I found out after I tried to visit. This is such a travesty. The lack of communication and consideration for the elderly residents is shocking and despicable…and I wonder if not illegal.

Two weeks after we decided not to move, I got a call from NBH announcing that they would be closing. Now we have to move, and thankfully, I found her a room in Seaside. When we visited, in spite of the kindness of the staff at the new place, my Mom left feeling fearful: fearful of the change, fearful of the bigger facility, fearful of getting to know new people.
If CARE has known since, when was it, October or before? That they were in financial trouble why were the families of residents not informed until December, only two weeks before Christmas? A gradual transition would have been so much more compassionate and professional.
I talked to one resident about his search for a new place. He said he might end up “back in the woods, where I was before I came here.” Another resident who has lived in NBH for 16 years has to go to Forest Grove, far from her family.
I am appalled at the way CARE has handled this, putting unwarranted stress on the families and elderly who have trusted them.